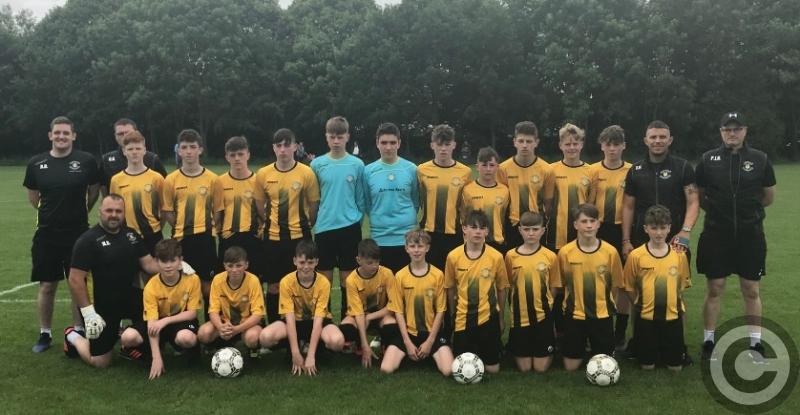 The Kilkenny & District League ended the Kennedy Cup group stages with a 1-0 loss to the NEC.

The Kittens, who are managed by P.J. Brett, have finished second in Group Three and will compete in the Bowl section when the knockout stages start tomorrow (Wednesday).

Going into their last group game Kilkenny were top of the pile, but a 1-0 loss to the North East Counties saw them finish second in the group. They will play the second-placed team from Group Six (possibly Dundalk or North Dublin, but depending on results Inishowen could also be a contender) in the quarter-finals at 3pm.

The loss was a blow to the team who had made a good start to life in Limerick with a 2-1 win over Donegal and 1-1 draw with Galway. The NEC used their height to dominate in midfield and struck for what proved to be the winner inside the opening two minutes.

Kilkenny made changes at half-time, bringing on Ted Dunne and Mikey Raggett. It was the Evergreen player who went closest to scoring for Kilkenny, but his thunderous second half shot clattered off the crossbar.

The NEC had a player sent off, but still kept Kilkenny at bay when playing with a man down. The Cats continued to create chances - Dunne had a great shot parried by the NEC goalkeeper - but tired legs from playing three games in little over 24 hours caught up with them in the end. While disappointed the team, who are filled with skill and heart, will be determined to pick themselves up and give their all in the Kennedy Bowl.