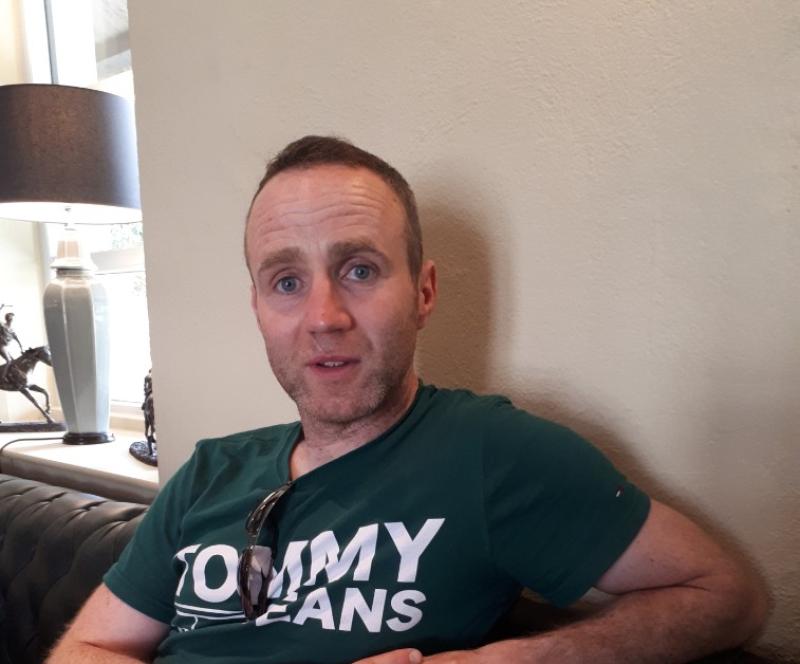 The Kilkenny company doing pioneering work in the area of fitness among elite athletes is looking at extending operations into the European and US markets.
ND Sports Performance, the company founded by Galmoy man, Noel Doherty, when chasing a cure for a serious hamstring injury, already has major contracts with top teams in Ireland, clubs in the Premier soccer and rugby leagues in England and agents have been appointed in Italy, Spain, France and Greece.
ND Sports Performance are now looking at teaming up with a distributor in America.
“I suppose it’s a case of a lot done but more to do,” smiled company managing-director, Noel Doherty when speaking about the progress of ND Sports to date and the development of a fitness aid called the Hamstring Solo.
The hamstrings are the most frequently injured muscle group in sport. There are two versions of the Hamstring device.
The Hamstring Solo Pro is an exercise aid that enables athletes and players to safely perform a diversity of high-tension isometric, eccentric and concentric exercises to improve hamstring performance and resilience.
The more advanced Hamstring Solo Elite version comes with high end computer software.
This software automatically provides an update on the health of the athletes hamstrings.
With this information customisation hamstring conditioning programmes can be planned for each individual, and it can even provide sensitive insight into the risk of injury and facilitate ongoing remedial training adjustment.
To date, Enterprise Ireland and private investors have backed the developing company to the tune of nearly half a million euro, and with additional fitness aid development products being designed, the future looks very bright.
“We are becoming the hamstring assessment system of choice for leading sports teams and organisations,” explained Mr Doherty. “We’re not just a one product company. We have other designs we want to bring to market.
“We have a superior product but it’s our service and support that will win out at the day for us. The brand is everything to me.”
Noel confirmed that the Egyptian Football Association, with their star man Mo Salah, had one of their licensed products with them at their World Cup training camp in Italy and is now gone with the squad to Russia (see page 1 of sport).
Sports scientist John Kiely, a senior lecturer in Elite Performance, Institute of Coaching and Performance UC Lancashire and former head of Strength and Conditioning with UK Athletics, plus he served with two Irish winning Six Nations championship winning teams, works with the company and he is assisting the Egyptian S&C team to get the best results from the use of the Hamstring Solo Elite.
Another sports scientist with a sales/marketing qualification is next on the agenda for appointment on a full time basis in England.
“We are very excited at the way things are going,” added Mr Doherty, who explained that eight Irish companies are involved in the production process, from the provision of electronics, to the development of software, to manufacturing different parts and so on.
“We have just signed a five year contract with the English Institute of Sport, the largest sporting organisation in the UK.Look at how well they have done at the Olympic Games and Paralympics over the last 10 to 15 years.
“That is a great endorsement of our products and services and gives us great credibility going forward.
“We are planning further expansion in Ireland and into international markets, including England, Europe and the US,” he revealed.
ND Sports Performance are working with some of the top teams, universities and organisations in Ireland, the UK and Europe.
They work with former European Rugby Champions Cup winners, Saracens, Leicester Tigers, Wasps and former Premier League club, West Bromwich Albion.
The English FA and Manchester United have also reached out to discuss a possible link up in the future.
Incidentally, the most enthusiastic reaction to date has been from professional outfits like Saracens, Mr Doherty explained.
The in-depth diagnostic capabilities of the equipment impressed greatly, and it was the same at Manchester United.
The story began in 2012 when Mr Doherty sustained a hamstring injury while training with Kilkenny intermediate hurling squad that was chasing the All-Ireland three in-a-row.
He was given a series of exercises he was told would effect a cure.
There was no apparatus on which to do the exercises, and a second person was always needed to help with the routine.
Thus he set about designing something himself. With his background in design and engineering, he was able to produce a rudimentary version of the current Hamstring Solo.
The question had to be asked - was he surprised by the success to date?
“A chance happening has turned into my life,” the 39-year-old smiled.
“It is great. Terrific. I developed the Hamstring Solo for selfish reasons, to get back in contention for a place on the Kilkenny team, and now it is my life.”
By the way, Kilkenny were beaten by Tipperary in the All-Ireland final - by one point.
The Hamstring Solo is Patent protected.