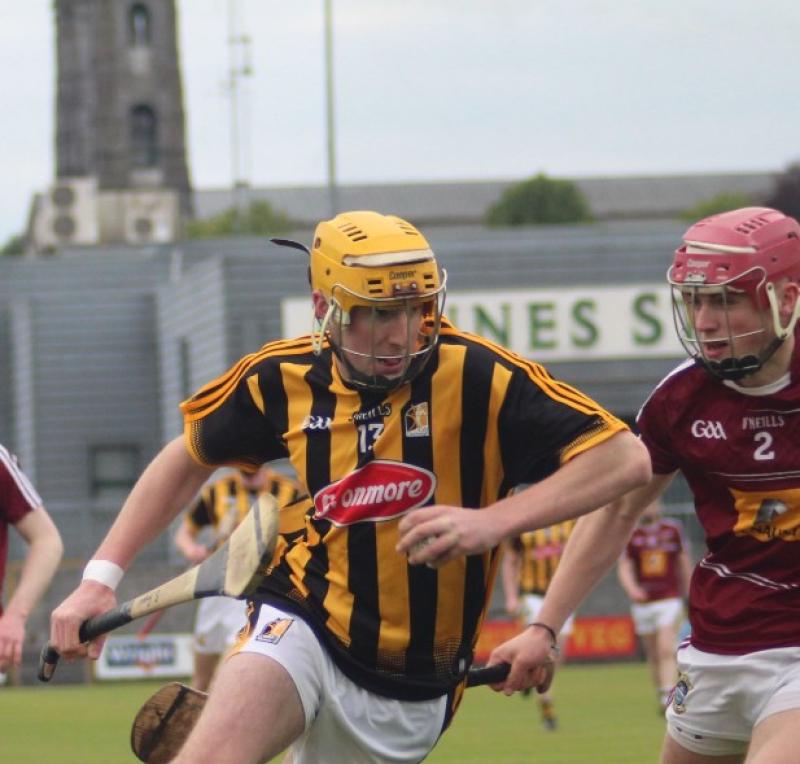 Billy Ryan was new in the Kilkenny attack. In his first game at senior level he did very well

A dog of a game but a gripping contest, and about half an hour after the final whistle on Sunday a couple of minions appeared in the press box in Croke Park and handed out stat sheets.
Puckouts, own puckouts won, scoring chances from play, that kinda thing.
One statistic immediately caught the eye.
Kilkenny’s possession had been 54%.
Not to get too existential here, because clearly it’s no use having plenty of the ball if one doesn’t put it to good use, but if any supporter of the black and amber had been told beforehand that their team would shade the possession battle, he or she would have been certain of a good performance and quietly optimistic of a win.
What transpired was the former but not the latter. No matter.
All the requisite Codyesque virtues – spirit, determination, a selfless and endless work ethic – were present and correct.
Right now Kilkenny lack the firepower to complement their attitude, which is why they drove eight wides in the first half and why they required half of their scores to issue from placed balls.
But that won’t be the case indefinitely.
Having failed to distinguish themselves against Wexford, this was a really good day for Brian Cody and his selectors.
They got almost everything right, beginning with their choice of starting XV and finishing with the introduction of John Donnelly and Richie Hogan.
The identity of the team represented a calculated gamble and a necessary one.
You’ve heard it often enough, that definition of insanity: doing the same thing over again and expecting a different result.
The moment that Kilkenny’s lineup was announced on Friday night it was clear what their approach would be.
Five weeks earlier in Salthill they’d been suffocated by a bigger, stronger and hardier Galway. What to do to change the dynamic?
Easy. Go for speed and use the prairies of Croke Park to run at the MacCarthy Cup holders.
Philosophical swerve
The presence up front of Richie Leahy, Ger Aylward and championship debutant Billy Ryan indicated a philosophical swerve. If Kilkenny lost again, at least it wouldn’t be a case of death by asphyxiation.
They weren’t asphyxiated and they didn’t lose. Loud cheers and tobacco spits.
Ryan wasn’t an unqualified success, not with the three wides he registered, but he was definitely something fresh on the menu.
Five shots at the target, two points. As for the wides, at least he was winning enough possession to hit them.
That is not intended to sound as facetious as it does. To repeat, here was a Kilkenny forward getting on the ball time and again, beating his marker time and again, asking questions of the Galway defence and giving the challengers an outlet up front.
Every ball Ryan won and did something with was a ball that Galway weren’t gobbling up and driving down the field.
Micheál Donoghue’s men scored 0-28 in last year’s Leinster final and 0-26 in the All-Ireland final. Their meagre 0-18 on Sunday was one measure of Kilkenny’s achievement.
Leahy was a quiet success, covering an enormous amount of ground and perpetually making himself available for a pass.
Aylward threatened without applying the finishing touch. Although Martin Keoghan looks more and more like his inter-county future will not be played out at wing-forward, it’ll be a job for him to fetch up at midfield any time soon; James Maher was massively effective there on Sunday in an understated way.
This column’s own man of the match? Padraig Walsh.
He set the tone with his early catches. A pity about the late moment of slight slackness that led to a Galway point, yet his best work had been done by then.
And not to say I told you so, but Joey Holden wasn’t bad either, was he?
To Thurles next Sunday, then. That Kilkenny have thrown their best punch and now face a flurry of blows from enraged champions is a perfectly valid fear to hold.
The underdogs have considerable room for improvement up front themselves, however.
Put it this way. Score 0-18 again and they’ll be well beaten.