Kilkenny never saw themselves as no hopers in hurling this season 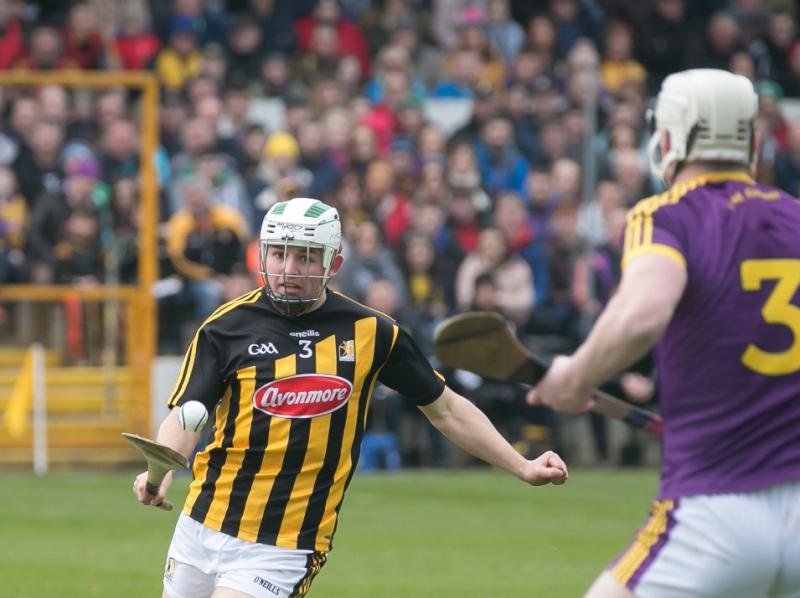 The general opinion was that Kilkenny wouldn’t feature at the business ends of things in hurling this season, but that most certainly wasn't the view in the camp.
While it wasn’t exactly a ‘no surrender’ chant in the camp, the players and management were out to win, and to win everything.
“The expectations from everybody, everywhere were that we would absolutely not be on the radar for anything,” suggested Kilkenny manager, Brian Cody, when reflecting on things when the Cats bowed out of the championship against Limerick after a titanic quarter-final clash on Sunday.
“That would never be our expectation or thinking because we’d always have great ambition and great belief in Kilkenny hurling. I think that was proven again.
Beaten by good team
“We didn’t win, but we went down very, very marginally to a very, very good team. That’s how it ended for us.”
Kilkenny stumbled early in the season and lost their opening National League games against Cork and Clare. However, they recovered smartly after that and powered on to win the League title and they later contested the Leinster final, bringing All-Ireland champions Galway to a replay.
Despite the massive rebuild of the squad and team, which saw eight players make their championship debut this season, the thought of defeat never made the agenda in the Kilkenny camp.
“We’re certainly leaving very, very disappointed, but as regards anything we would have asked from a bunch of players we couldn’t have received more,” Cody said of the response forthcoming from the players.
“It hasn’t been all plain sailing all the year with everybody, but regardless we’ve always worked with a panel of players and their commitment and never say die attitude is strong. I think they proved that again.
“It’s never an outstanding year when you don’t win. Our ambition will always be to win,” he insisted.
He described the clash with Limerick as a very good game, with serious spirit shown by both teams.
“Obviously conditions changed from what they had been for the past five or six weeks almost, so the ball was greasy and slippery and that was par for the course for all players,” he offered.
“We started off decent. We got a couple of nice scores and they came back strongly and dominated the last 15 minutes of the first half.
“Again in the second half I thought we went in strongly and we created some very good chances. Obviously we got a goal at a very crucial time, but I thought their response was terrific.
“From our point of view I thought we were excellent in so many facets of the play; attitude-wise, spirit-wise and hurling-wise.
“We created a huge amount of scoring opportunities. Unfortunately they weren’t all converted, but that’s par for the course. On many days we didn’t create enough chances. But look, that’s sport.
“There’s always one winner at the end of the day, and today it wasn’t us,” he lamented.
No Excuses
There would be no excuses, he insisted. The loss of attack leader, Walter Walsh, through injury wasn’t a factor, nor was the fact that Kilkenny were in championship action for the third week on the trot.
“We don’t have any excuses. We don’t want excuses,” insisted the James Stephens clubman when asked if Walsh’s loss or the heavy programme of games might have hurt the Cats.
“I said beforehand that it had nothing to do with it. There are no excuses. We were not even remotely thinking about the fact that we played three weeks in-a-row. It beats not playing. No, nothing to do with it at all.”
He said he was immensely proud of the effort the players put in throughout the season, and the character they showed.
Character
“Absolutely,” he insisted. “That’s all you can ever ask for really. You can never legislate for what can happen. A ball could bounce here and a ball could bounce there and you could have a shot and it can sometimes go maybe not exactly where you wanted it to go.
“But character is something you either have or you haven’t. It was top class. For a management team that’s the biggest thing you'll always look for.”
People wondered did he think Kilkenny had it when Richie Hogan slammed home a crucial goal in the 64th minute to edge the losers 1-21 to 0-22 in front.
“No, I didn’t think at all,” he shot back. “I said ‘that’s great’. We just go on to the next ball. Obviously they responded very well too.
“It was a great time to get a goal and it was a great score, but that was just one score in the game,” he concluded. “They finished very, very strong and that was it.”