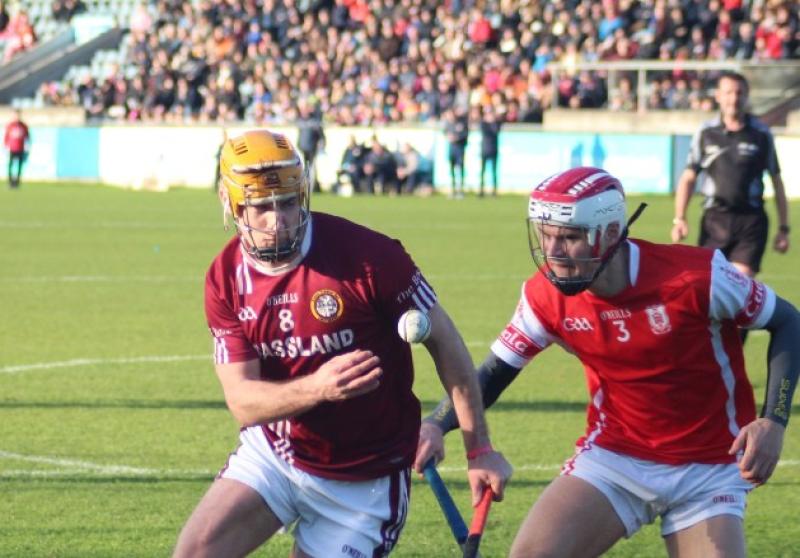 Defending championship holders, Dicksboro, claimed their third Kilkenny title in two seasons when scoring a comfortable enough win over Bennettsbridge in the senior hurling Shield final at Nowlan Park today.
The city side won the league/championship double last year, and the latest Shield success - contested by the runners-up in the groups after the league section - leaves them in fine fettle as they look towards the knock-out action in the championship next weekend.
The scores were level three times during the opening quarter, but once the strong running Ollie Walsh pointed Dicksboro in front in the 18th minute (0-4 to 0-3) they never looked back.
With two more scores from Walsh, plus four from a very sharp Bill Sheehan, the winners edged into a 0-13 to 0-7 lead by the break in a tie in which the action was casual enough.
Bennettsbridge lost further ground after the turn when lively sub, Stephen Farrell added two minors to the winners scores. The losers lost ground slowly afterwards, and after they conceded goals to Mark Nolan (42nd minute) and Kevin Kenny (51st minute) they were 2-19 to 0-12 off the pace.
Credit to the 'Bridge, they kept up the chase and late goals from Sean Morrissey and Jason Cleere (penalty), plus good points from Willie Murphy and Brian Lannon, left them close enough at the finish, even if they never looked like winning.
SCORERS: Dicksboro - Shane Stapleton (0-5); Andrew Gaffney, Bill Sheehan (0-4 each); Kevin Kenny, Mark Nolan (1-0 each); Ollie Walsh, Chris Kavanagh, Stephen Farrell (0-3 each); Martin Gaffney, Kevin Nolan (0-1 each). Bennettsbridge - Nicky Cleere (0-7); Brian Lannon (0-4); Sean Morrissey (1-1); J. Cleere (1-0); Liam Blanchfield, Willie Murphy (0-2 each); David Blanchfield (0-1).