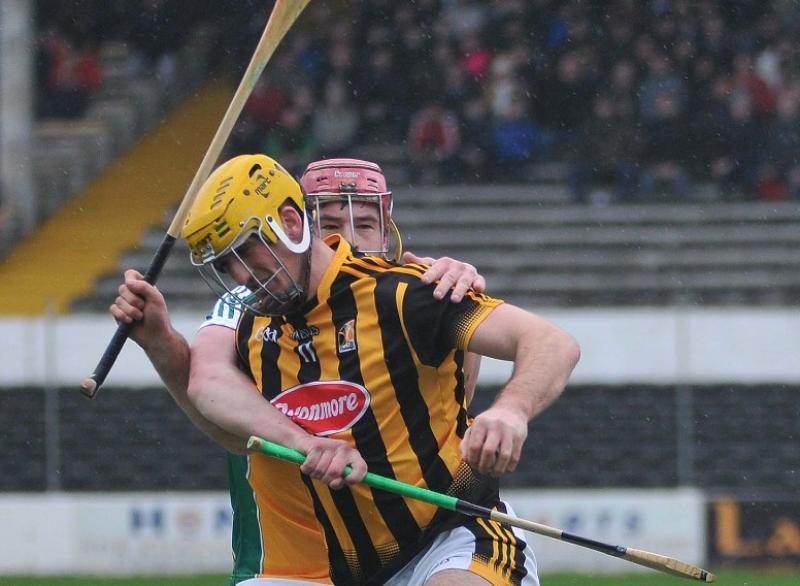 Colin Fennelly got among the goals for Shamrocks

Ballyhale Shamrocks may have looked out of sorts when losing their last match in Kilkenny, but come championship time today they were buzzing and they scored a big win over out-classed St Patrick's (Ballyragget) in this first round tie at well attended St John's Park.
Slick Shamrocks, who played the ball around at pace and with accuracy, left the opposition chasing shadows at time. They didn't take long to impose themselves on the opposition even after conceded a goal to Kevin Kelly after 10 minutes (0-5 to 1-2).
After that mild setback, Shamrocks simply piled up the scores, hitting half-time with a winning lead of 1-15 to 1-6. Kevin Kelly grabbed all but one point of the losers score.
The Shamrocks goal was put away by Colin Fennelly in the 27th minute after he powered his way through the St Pat's defence.
It was more of the same after the turn, with T.J. Reid finishing the match with a terrific 1-11 to his credit.
Shamrocks face county champions, Dicksboro, in the quarter-finals next weekend.
SCORERS: Ballyhale Shamrocks - T.J. Reid (1-11); Adrian Mullen (0-4); Colin Fennelly (1-1); Eoin Cody (1-0); Evan Shefflin (0-3); Richie Reid, Eoin Reid, Brian Cody (0-1 each). St Patrick's - Kevin Kelly (1-9); Bill Staunton, Seoirse Kenny, Geoff Brennan (0-1 each).