To Australia and back between games 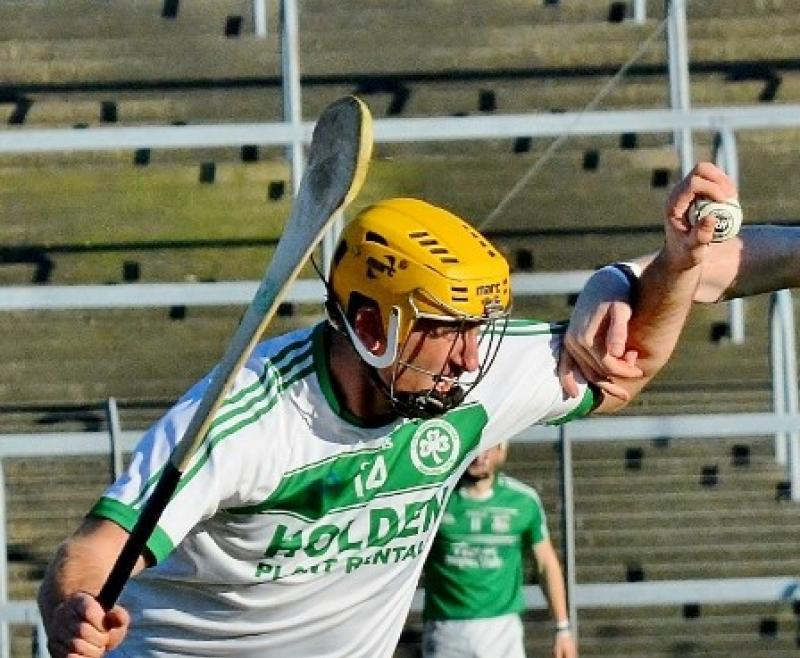 Ballyhale Shamrocks and Kilkenny attacker, Colin Fennelly, and three of his club colleagues travelled in the region of 20,000 miles between their last two games.
But they took the long and potentially exhausting journey in their stride.
The former All-Star was in explosive form when helping himself to a stunning 4-4 in the destruction of Naomh Éanna (Wexford) in the Leinster club senior hurling semi-final on Sunday.
And his travelling companions T.J. and Richie Reid and Joey Holden also turned into strong performances.
“I won’t say I would recommend it between games, but we enjoyed the break and it worked well for us,” smiled Fennelly after shooting the career high score as Shamrocks booked a place in the Leinster final against Ballyboden St Enda’s (Dublin) on Sunday week.
In favour of trip
The quartet travelled to Australia with the winning Kilkenny National League squad for the Wild Geese exhibition match against All-Ireland champions of 2017, Galway after the Kilkenny county final against Bennettsbridge.
But the gruelling 9,680 mile each way journey didn’t blunt their sharpness or damped their spirits for the opening joust in the provincial championship.
“Actually Henry (Shefflin, the Shamrocks manager) was in favour of us travelling because he thought the break would do us good,” the four times senior All-Ireland medal revealed.
“Mentally we needed a break, but especially T.J., Joey and Richie. I wasn’t too bad. I had been away in the Lebanon with the Army and my hurling season wasn’t too long.
“But the lads had been at it, training hard or playing throughout the year. It was massive for them to get a break.”
He said they “looked after ourselves” while away and Mick Dempsey (Kilkenny trainer) supervised training with them.
“It stood to us,” Colin reckoned. “The break did us massive good. The four of us together made it all the better. It might not have worked as well had one fellow been travelling on his own.”
As ever, there was a story to tell.
The flying time on the first leg of the journey home was eight hours from Sydney to Hong Kong. There the quartet had an eight hour stop over.
They were very tired and hungry, and the meal each bought set them back about €70 or €80, according to Colin.
“It was only a small bit of food. It wasn’t anything amazing,” Colin laughed.
12 hour second leg
The second leg of the flight took 12 hours. As the plane wasn’t near full, each player was able to acquire a row of seats and they slept all the way home.
Once they landed last Wednesday morning it was into the routine straight away.
Colin was back at work that day with his new employers, Virtus Project Management, one of Ireland’s leading Project Management and Quantity Surveying companies.
“I think I am finished travelling until next year,” he smiled before we got down to talking about the game and what he described as “a good performance” by the Shamrocks.
“At the start it didn’t look too good,” he opened. “We got a bit of a fright, but it was one of those days when it all went right for us. We clicked as a team.
“I think with us that once we get out of the county we relax that little bit more and play as a team.
“In the county it is so hard and so tough. All the players know each other so well.
“Naomh Éanna blew us out of the water early on, but we kept our shape and our focus and a run of scores brought us back into the game. Now we have a two week break.
“We had a three week break after the county final and there were a lot of things happening in between, which was a bit awkward.
“I can’t wait for the final. I am really looking forward to it coming up to Christmas.”
He said his personal score against Naomh Éanna was the biggest ever.
“It doesn’t happen too often, so I will enjoy it for today. That is my quote of scores for a year or two,” he laughed.
“Things like that don’t happen too often.
“The focus is total on the club championship now,” the 29-year-old continued. “We got the break. We thoroughly enjoyed it. Now the Leinster final is all that matters.”