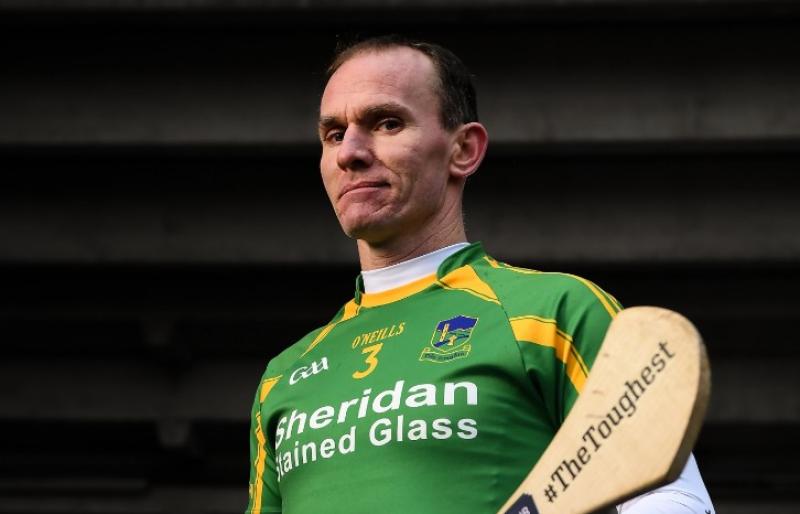 Nine times senior All-Ireland medal winner, Noel Hickey thought his hurling day in Croke Park were over, but on Sunday he hopes to write one more winning chapter.

He will feature at full-back for Kilkenny champions, Dunnamaggin, when they play Ulster champions, Castleblayney (Monaghan) in the All-Ireland club junior hurling final (1.30pm).
Noel, you didn’t think you would be back playing in Croke Park again?
“I didn’t, no. To come back with the club is brilliant. Even just looking out around the pitch, it’s unbelievable.”
What did he warn the younger players about Croker?
“I told them you could spend 10 minutes looking around the place and miss a lot. Once the game starts they have to get into it.”
Was Dunnamaggin’s run enjoyable?
“It was. We started back training on January 19, 2018, and the goal was to win the county final. We were relegated the year before from intermediate. We did that. It was brilliant for the club. We hadn’t won a county title in a long time.
“Then we said we’d give Leinster a good shot. It is great for Dunnamaggin to be in Croke Park.”
The tough semi-final was ideal preparation for the final?
“It was a really tough game. Cloughduv (Cork) got a goal nearly on full-time and went a point up. You were thinking we were gone. But luckily we went down and got another point to take it to extra-time.
“We just about got over line. It is great to win a game like that, and the excitement after to see all the people, parishioners and the lads who’ve supported the club over the years, it’s just great.”
The last season wasn’t the first time he enjoyed success with the club?
“I was 16 when I won the senior championship with Dunnamaggin. It is the only senior title we’ve won. It was my first game with the club and it kind of went over my head a bit really. The full back line was myself and my two brothers.
“It was great to win it, but I think it went over my head. Still it was a fantastic achievement, and it would be nice to add one more medal to the collection now.”