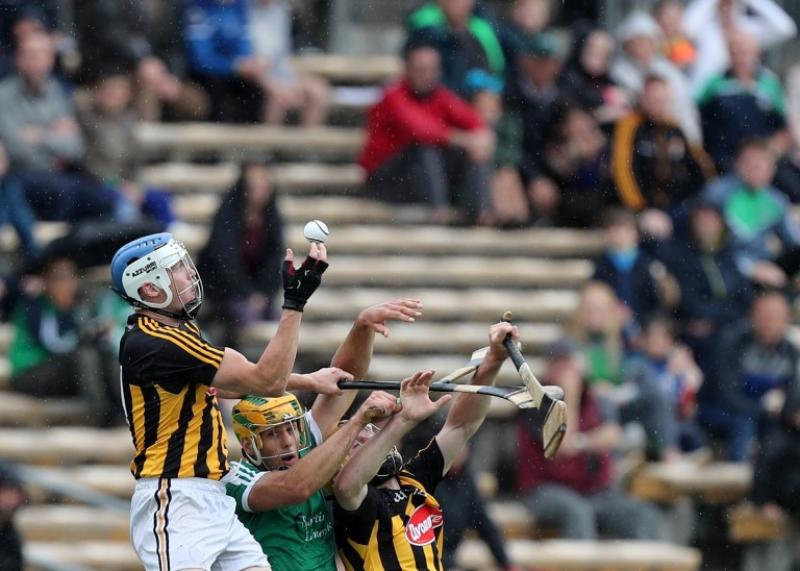 Cody finished as top scorer with 1-4. His goal in the 43rd minute was crucial in the beating of Ballygunner (Waterford) in a tough and demanding semi-final in Thurles this evening.

The score was 0-10 each when Cody pounced on a long clearance from another key performer, Patrick Mullen, from Shamrocks half back line on the left. When Cody won possession he still had a lot of work to do, but he held his head and beat goalie, Stephen O’Keeffe with a good angled drive from 15 metres to put his side 1-10 to 0-10 in front.

The Kilkenny champions had the edge all the way after that, with Eoin Cody shooting the last point as they booked a place in the All-Ireland final against St Thomas (Galway) in Croke Park.

Shamrocks will be chasing their seventh title in the final on St Patrick’s Day.

Ballygunner started full of business and running. After the opening two points were shared the Suirsiders free taker, Pauric Mahony, who was to shoot all but one of their point in the half, won them the lead from a set play from 45 metres.

The gap opened to 0-4 to 0-1 by the ninth minute, but Shamrocks looked to be slowly getting the measure of the oppositions free flowing, running game. With the busy T.J. Reid prompting things up front and shooting their second point, they eventually caught up at 0-4 each in the 19th minute.

The teams were together twice subsequently, and when half time was reached a 35th minute point from a 65 metre free by Pauric Mahony divided the teams. Ballygunner led by 0-8 to 0-7.

Shamrocks opened the new half with a score from young Cody (19), followed by the lead point from T.J. Reid (free) following a foul on Colin Fennelly.

Ballygunner got back level through the deadly shooting Pauric Mahony, and after another exchange of points came the all important only goal of the game.