Ah no, this Kilkenny versus Cork game is not for me 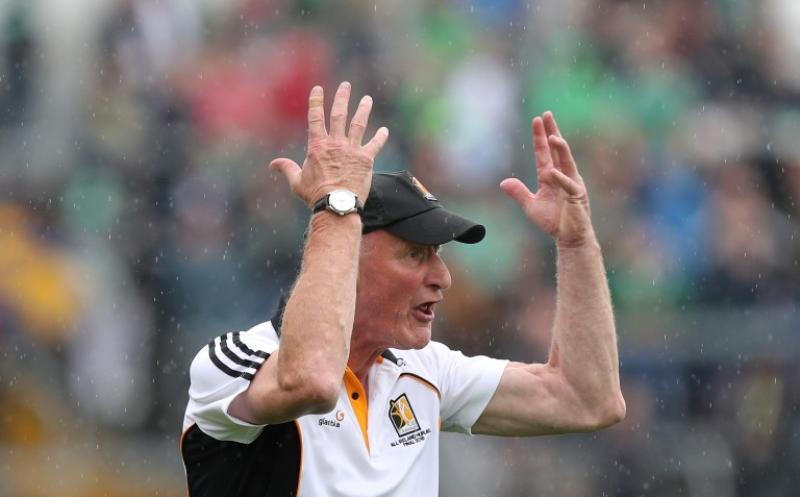 Kilkenny versus Cork next Saturday in a relegation play-off that isn’t actually a relegation play-off?
Thanks but no thanks. I feel a cold coming on. Achooo! Oh dear.
Or maybe I have a funeral to go to. Or a wedding. Must check my diary. If all comes to all I’ll probably need to wash my hair, which I do on Saturdays anyway. Let’s face it, I’ll hardly be missed in Nowlan Park.
Interesting the extent to which a dynamic can be upended in the space of an hour and a half. As of 2pm last Sunday the reigning National League champions were on track for a berth in the quarter-finals and a date with one of the teams from Division 1B. As of 3.30pm they’d missed the cut and had finished up in the bottom two places in the group.
Not a big deal in the overall scheme of things, of course, and it backed up something that Brian Cody said after the defeat by Limerick last month. This was the League and he wasn’t going to get too downhearted, in the same way that he didn’t suddenly start predicting world domination for Kilkenny after the victory in Semple Stadium – a match that could as easily have gone Tipperary’s way as it did the visitors’ way, remember.
Presumably he’ll treat the Wexford Park setback in the same manner. Triumph and disaster, Rudyard Kipling and all of that.
On the other hand, Sunday’s defeat may have given him cause for contemplation in a way the loss to Limerick did not.
For one thing, Wexford are not Limerick. For another, this was a more substantial reverse than the scoreline suggested.
A seven-point defeat in really bad weather conditions isn’t just a defeat, it’s a hammering. It’s the equivalent of a 14-point - or thereabouts - defeat on a dry day.
Apropos of Kilkenny’s tally of two points in the second half: irrespective of the degree of difficulty posed by the conditions, this was patent cause for disquiet. One can imagine Davy’s glee at the final whistle. One can imagine Cody’s ire.
Again, though, some context is required. The county’s current iteration is not built to cope with heavy ground or, as we saw against Limerick (and twice against Galway last summer), physically strapping opponents.
Let’s give Wexford and their manager due credit too. The long-running charge laid at Davy Fitz’s door is that he’s a quick-fix merchant. He’ll do a good job in the short term but eventually the spell wears off and the players contract a bad dose of same-voice syndrome.
It hasn’t happened yet on Slaneyside. After a disappointing if entirely predictable defeat to Clare in last year’s All-Ireland quarter-final, Davy needed to freshen things up and take a different tack this season.
Maximising panel
A little less overthinking, a little more committing bodies to the attack. Maximising his panel and developing his bench was another must; he now, he says, has a number of substitutes he can use, which wasn’t the case up to this.
What’s more, in Rory O’Connor the Yellowbellies possess a really classy young scoring forward – and a really classy young scoring forward is an entity Kilkenny haven’t produced for a long time.
All in all, then, the gloom felt on Noreside on Sunday evening, while it wasn’t misplaced, shouldn’t have been overdone. Maybe it’s simply a case that Wexford are a better – and certainly a stronger and more athletic – team than their neighbours right now. Fair enough. Doesn’t mean that they will be when the sliotar is hopping come the championship.
But two years ago Kilkenny knew what to expect when they went to Wexford Park in the provincial round robin. They were unable to prevent it happening nonetheless.
Fool me once, shame on you. Fool me twice…