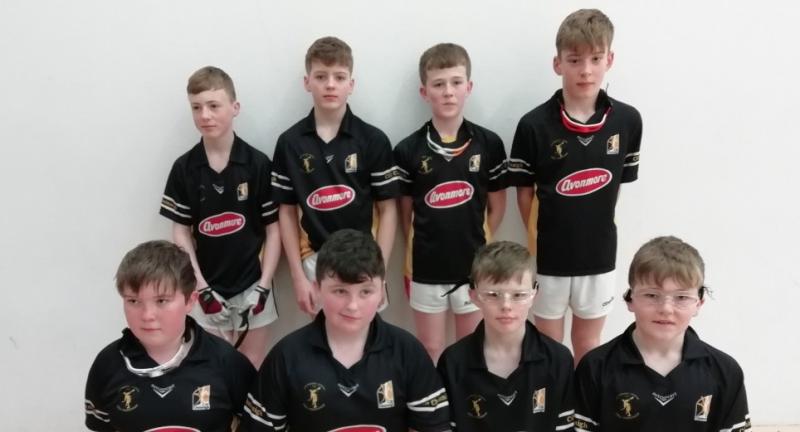 This weekend the handball community will descend on Kingscourt for the All-Ireland adult singles finals and the juvenile finals.
The adult finals will be played on Friday evening and Saturday with the juveniles holding centre stage at the Cavan venue on Sunday.
Last Saturday Patrick Funchion contested the All-Ireland Open singles semi-final against Diarmuid Nash from Clare.
The Kells player was facing the top seed for this year’s championships and he needed a big performance to have any hope.
The Munster player proved too good and was a comfortable 21-9, 21-13 winner.
Nash will now play Robbie McCarthy (Westmeath) in Saturday’s final after the midlander defeated the reigning champion, Martin Mulkerrins (Galway) in three sets.
Margaret is lone hope
In this Saturday’s programme Margaret Purcell from Windgap is the sole Kilkenny player involved in the adult finals.
Having come through the Leinster championships and defeating Tipperary in the semi-final, Margaret renews rivalry with Laura Finn (Sligo) in her quest to win the ladies junior ‘B’ title.
The two ladies contested the 60x30 decider in October with the honours then going to the westerner.
This is a great opportunity for the Windgap player to claim her first All-Ireland crown at this level.
On Sunday the focus switches to the juvenile finals with Kilkenny players contesting five of the titles on offer.
Following their recent victories over Munster opposition the Kilkenny players have high hopes of bringing home the gold medals.
For Kingscourt
Representing the county in Kingscourt are Michael Brennan (Clogh) and James Purcell (Windgap) in boys under-14 doubles; Conor Holden (Kilfane) in boys under-15 singles; Harry Delaney (Kells) and David Sherman (Galmoy) in boys under-15 doubles; Billy Drennan (Galmoy) in boys undre-16 singles and Amy Brennan (Clogh) in girls under-16 singles.
The Leinster team final in the under-12/13 age group was won by Kilkenny, beating Wexford at Clogh on Saturday.
In the semi-finals the Kilkenny boys defeated Meath with Wexford accounting for Laois.
The victorious Kilkenny team was Anthony Clifford and James Kenny (Talbot’s Inch), Bobby Brennan (Clogh), Sean Morrissey (O’Loughlin’s), Conor Doyle (Windgap), Niall Drennan (Galmoy), Cathal Buckley and John Hayes (Kells).
Fixtures
Saturday, court 3 in Kingscourt - All-Ireland ladies junior ‘B’ singles final, LJBS Sligo (Laura Finn) v Kilkenny (Margaret Purcell).
Sunday at Kingscourt (starting at 9.45am) court 1, girls under-16 S, Tyrone (Clodagh Munroe) v Kilkenny (Amy Brennan); boys under-15S, Sligo (Cormac Finn) v Kilkenny (Conor Holden); boys under-14D, Cavan (Oliver McCrystal/Adam McKenna) v Kilkenny (Michael Brennan/James Purcell); boys under-15D, Galway (Cathal and Dara Ó Laoire) v Kilkenny (Harry Delaney/David Sherman); boys under-16S, Galway (Mikey Kelly) v Kilkenny (Billy Drennan).