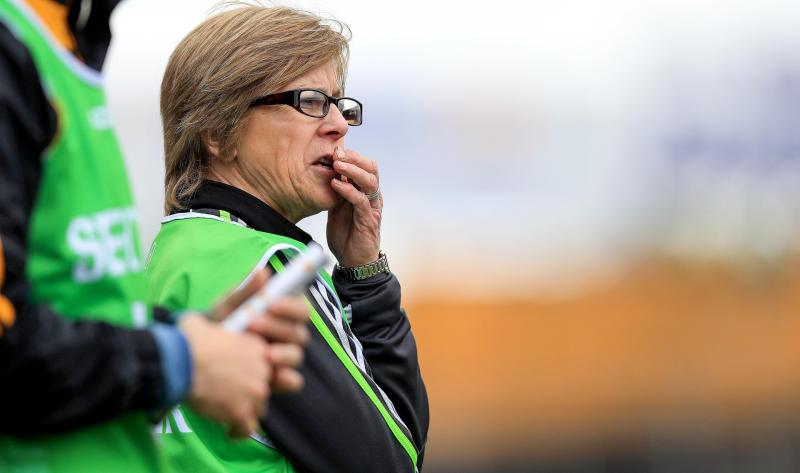 Three Kilkenny teams will be chasing national honours this weekend.
The high flying ladies will grace Croke Park on Sunday where they will contest the National Camogie League final.
Twenty-four hours earlier in O’Connor Park, Tullamore, serial winners St Kieran’s College and Castlecomer Community School will be bidding for success in the Roinn A and B senior hurling All-Ireland colleges finals.
The ’Comer school is chasing a big double. Their Roinn B senior camogie team won the All-Ireland a couple of weeks ago.
This will be a magnificent seventh successive decider for the camogie squad to contest under the guidance of manager, Ann Downey.
The former 12-times All-Ireland medal winner returned for a second term in the hot seat four years ago, and the county has contested every All-Ireland and League final since.
The Cats are chasing a fourth League win on-the-trot.
If successful they would equal their best ever run in the competition. They did the four in-a-row before, in 1987, 1988, 1989 and 1990.
Standing between them and what would be the county’s 15th success in the high noon shoot-out are Galway, who are shaping up as possible All-Ireland contenders this season.
“We will have to be better than we were in the last four matches if we are to retain the title,” was the tell it as it is comment from Ann Downey, whose charges are unbeaten but they haven’t been setting the scene alight.
“I suppose when your are in a final things can take on a life of its own,” she added. “I am hoping we will step up on previous form, because Galway are good.”
The Cats have won four of the finals contested in recent times, taking the All-Ireland and O’Duffy Cup in 2016 plus the League hat-trick.
St Kieran’s College are the leaders of the pack in colleges hurling with a wonderful 22 wins from the 34 finals contested.
They face Presentation College, Athenry in a repeat of last year’s showdown.
“The teams are different this time,” suggested St Kieran’s official, Tom Hogan. “I don’t think what happened last year will have any bearing on this match.”
Castlecomer CS opted to be regraded to the B division this season, and now they are within 60 minutes of what would be their second success in the championship.
“We are looking forward to getting one more big performance from them,” said team manager, Pat Tynan, ahead of the clash with St Raphael’s, Loughrea.