Kilkenny all fired up to face Limerick in semi-final 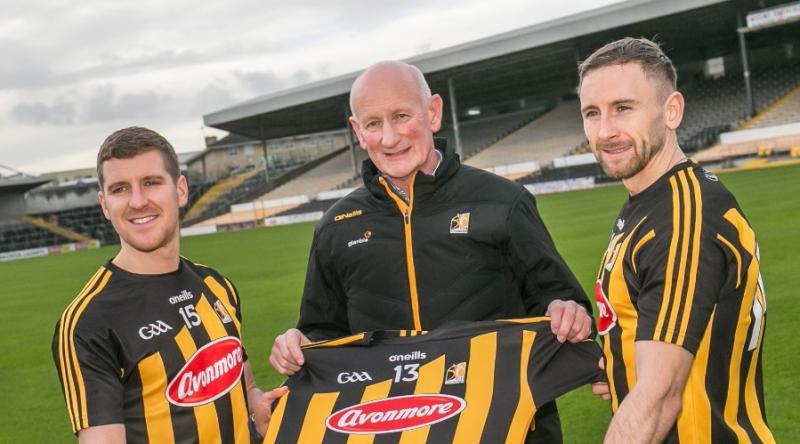 Kilkenny manager, Brian Cody (centre) with two of the players who will be in action on Saturday, Eoin Murphy (left) and Conor Fogarty

Underdogs they may be, but Kilkenny will be defending a magnificent record in Saturday’s All-Ireland hurling semi-final.
The county’s last defeat in an All-Ireland senior semi-final was against Galway in 2005.
Since then Brian Cody’s men have won a remarkable 10 semi-finals, the last in 2016 when Waterford took them to a replay. This will be Cody's 19th semi-final as manager with the county.
Defending All-Ireland champions, Limerick, will provide the opposition in Saturday’s semi-final in Croke Park (6pm).
The Shannonsiders, the current MacCarthy Cup, National League and Munster champions, are the red hot favourites to advance to the August 18 final against either Tipperary or Leinster champions, Wexford.
Ever improving Kilkenny don’t see themselves as the rank outsiders bookies and some commentators would suggest. Both sides have been beaten twice in the championship, but crucially, Limerick have picked up a title, the Munster crown.
Bounced Back
Kilkenny were beaten by Wexford in the Leinster final, but they bounced back brilliantly when producing season high form in the victory over fancied Cork.
The strength of that showing, when the Cats put eight scores together at one stage during the second half, suggested Cody’s men might not be the lost causes some felt.
“Generally there have been no great expectations surrounding Kilkenny this year,” Cody said when questioned on that issue.
“We don’t talk about what our ambitions are. Every team has their own ambitions.
“But as regard expectations from the media, the wider public, we weren’t mentioned in the list of contenders.”
That opinion didn’t impact on Kilkenny in the slightest.
“It is not a question of doing it for a particular reason, that someone else might have an opinion,” he said of Kilkenny’s drive into the last four.
“It is a question just like with all sports people, they go out to win for themselves and the people involved with them.
“You can talk about other stuff all you like, but at the end of the day it is how you apply and think yourself that will decide things.”

He insisted Kilkenny were ready to let rip, and they feared no one.
Meanwhile, the no hopers who have turned into high achievers, the Kilkenny minors will face firm favourites Limerick in the curtain-raiser at Croke Park (4pm).
“If we play like we did in the second half of the quarter-final against Galway were have a real chance,” insisted Kilkenny manager, Richie Mulrooney.