Kilkenny SHC: O'Loughlin's dominance in second half sees them into semis 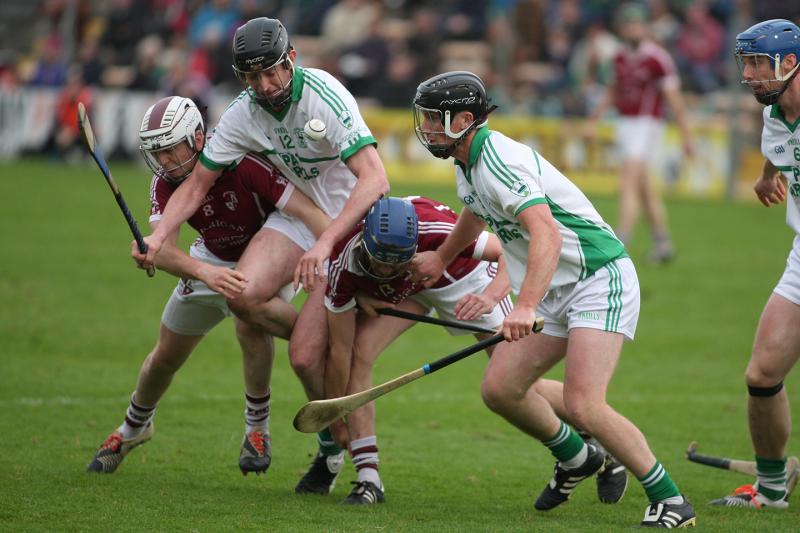 In the end O’Loughlin Gaels needed a 68th minute point from all of 85 metres by Mark Bergin to wrap-up victory, but they were the better team for long stages of the second half in this top class Kilkenny senior hurling quarter-final replay in sunny Bennettsbridge today.

Breeze backed Mullinavat took control of the scoreboard after Ger Malone pointed them 0-3 to 0-2 in front in the fifth minute. With Willie O’Dwyer and John Walsh going well up front, but with central defenders Tom Aylward and Michael Malone dominant, they slowly sneaked away and ended up 0-10 to 0-4 ahead at the break after making good use of chances created.

O’Loughlin’s burst into life in the new half. An early point from a free by Mark Bergin draw a replay at the other end from Padraig Dempsey.

However, in the 33rd minute Danny Loughnane finished to the net for O’Loughlin’s after a thundering run up the field by midfielder, Eoin O’Shea.

The gap was down to 0-11 to 1-5 and O’Loughlin’s kept driving on. Mark Bergin added two points from frees before John Walsh hit back for a minor at the other end.

Another brace from Mark Bergin levelled it at 0-12 to 1-9 after the match had turned into the final quarter.

Mullinavat were battling, but they couldn't createe chances. O’Loughlin’s earned the lead point from forward charging defender, Mikey Butler, when it arrived in the 50th minute.

The winner got a bit jittery for a while after that and they posted four wides in-a-row before they had their next point from a free by Bergin.

When Joe Gahan replied at the other end it was back to a one point game. The losers had a man red carded in injury time, and after that O’Loughlin’s pounced for points from Loughnane, sub Cian Loy and Bergin to wrap-up a semi-final place against either champions, Shamrocks Ballyhale or Clara.