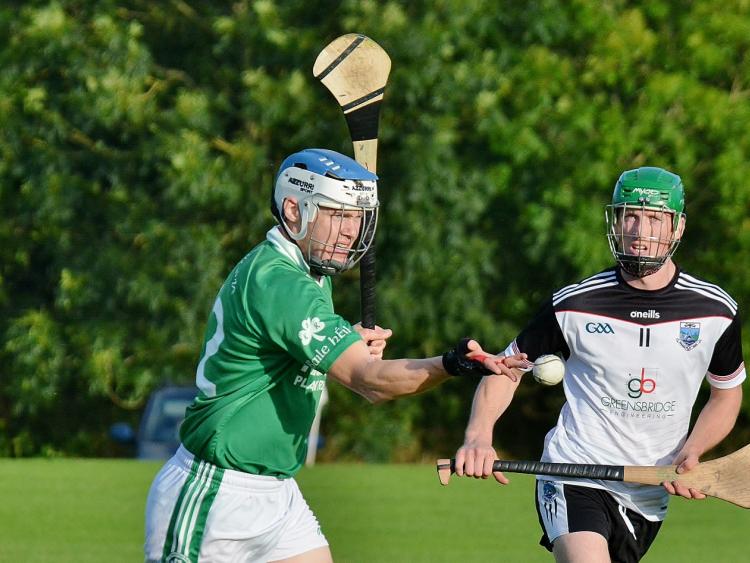 These are difficult times emotionally for everyone in the parish of Ballyhale, and the Shamrocks Ballyhale hurlers showed extraordinary willpower when coming with a strong finish to beat courageous Clara to qualify for the Kilkenny senior championship semi-finals.

Clara led from the 21st to the 54th minute when a point from an 80 metre free by TJ Reid levelled the game at 0-17 each at a packed Danesfort today.

On the Kilkenny and All-Ireland champions roared, scoring a 57th minute goal from a penalty by TJ Reid following a foul on Colin Fennelly and adding minors by Adrian Mullen and Reid again to run out flattering five point winners.

Breeze backed Clara were all over the opposition early on. However, they couldn’t find the target. They shot five wides in the opening stages, and seven in all during the first half as they built up an interval lead of 0-13 to 0-7.

Their chief score getters were flying wing-forward, Liam Ryan (4) and free taker, James Bergin (5) as their defence kept the Shamrocks on a tight rein.

Shamrocks introduced Offaly manager, Michael Fennelly at midfield for the new half, and they opened brightly. They had the gap back to four points by the 35th minute, but Clara hit back for points from another star, David Langton and Chris Bolger to shoot the gap up to 0-16 to 0-10.

Shamrocks simply kept at it, TJ Reid popping over points as chances presented themselves. After they drew level they simply drove on and shot through into a semi-final meeting with O’Loughlin Gaels.