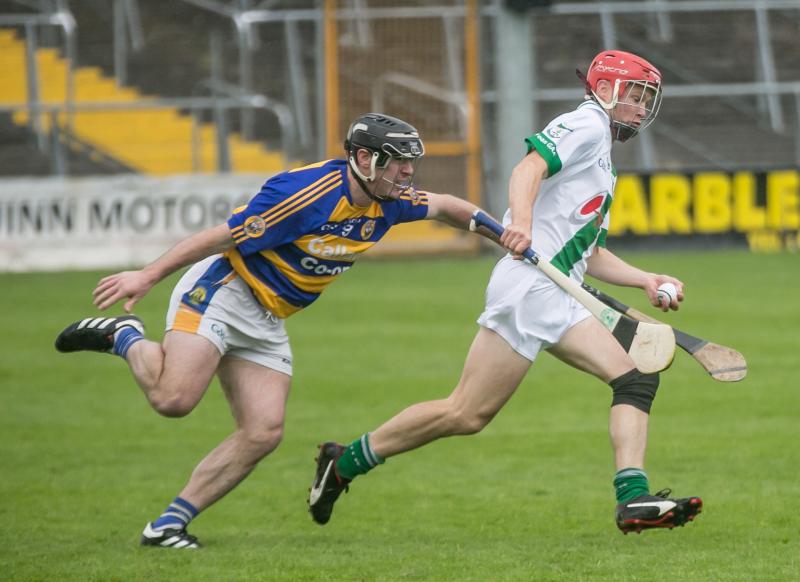 Former All-Star Tommy Walsh was in flying form for Tullaroan

Tullaroan hit the ground running in the Leinster club intermediate hurling championship, and after hitting the opposition for 1-5 during the opening 11 minutes, they charged on to a good victory over Rosenallis (Laois) in the quarter-finals in wet Portlaoise today.

The ageless Tommy Walsh was in cracking form for the winners, and he helped himself to 2-2. After Ronan Murray opened the scoring with a point for the losers in the first minute, Walsh swooped for a goal within 60 seconds.

The former All-Star nearly ripped a hole in the net with a powerful drive from the right edge of the square at the town end after a terrific run through the defence by Martin Keoghan.

The strong running and early movement in the Tullaroan attack had Rosenallis stretched to cope as Shane Walsh (2) joined the point scorers.

Boosted by a fine individual goal form Martin Keoghan in the 20th minute, after he again charged right through the heart of the home defence, the winners hit half-time leading by 2-9 to 0-7.

The game losers held their own during the opening stages of the second half, but the match was put beyond them in the 38th minute when Tullaroan bagged their third goal. This time Tommy Walsh took the honours again.

On this occasion he was on the end of a well hit and directed pass from the left by Shane Walsh, and although he slipped before shooting, the finish was emphatic.

That score upped the gap to 3-13 to 0-10. Tullaroan were on their way into the semi-finals against Naas (Kildare) in two weeks times.