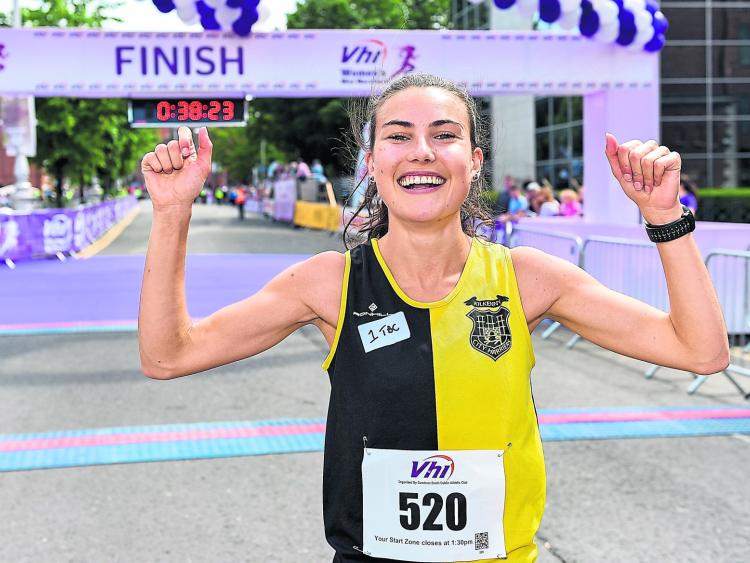 Four of Kilkenny’s finest athletes will backbone Ireland’s challenge for European glory.
Eoin Everard, Aoibhe Richardson, Peter Lynch and Shay McEvoy will be heading for Portugal as part of a strong Irish team who will compete at the European cross-country championships in Lisbon on December 8.
The quartet, all members of the Kilkenny City Harriers athletic club, booked their places on the Irish team with strong performances in national cross-country championships - in Ireland and the US.
Eoin Everard earned his place when finishing in the top eight following a tough battle in Abbotstown on Sunday. Everard maintained a solid pace throughout and, once the race settled, increased his speed.
The first Kilkenny athlete to break the four-minute mile, Everard moved from 15th to 8th place in the closing 1,200m and stayed there to book his place in a strong senior men’s outfit.
Shay McEvoy also earned his call-up in Abbotstown, putting in a strong finish as he came home fifth in the men’s junior race to take a spot on the men’s under-20 team.
Great season
The result capped what has been a great national season for McEvoy, who was third in the Autumn Open international junior men’s race at the same venue in October.
Two other Harriers earned their places on the Irish team by virtue of strong results further afield. Peter Lynch and Aoibhe Richardson complete the Lisbon-bound quartet thanks to excellent results at the national colleges cross-country championships in America.
Richardson, who is completing a Masters at the University of San Francisco, delivered a top class performance at the NCAA championships in Terre Haute, Indiana, coming home 19th out of 254 athletes.
It was another great result for Richardson, who won the VHI Women’s Mini Marathon in Dublin earlier this year and qualified for the US nationals with a fourth-place finish at the regional championships. She will form part of an Irish senior women’s team which also includes sisters Una Britton and Fionnuala McCormack - it will be a record-breaking 16th appearance at the Europeans for McCormack - and Ciara Mageean.
Lucky 13
Peter Lynch earned his spot on the plane to Portugal, proving that 13 was anything but unlucky in Indiana.
Part of a strong University of Tulsa team, Lynch finished 13th out of 249 athletes to help his college finish fifth in the overall standings and secure selection for the Irish men’s under-23 team.