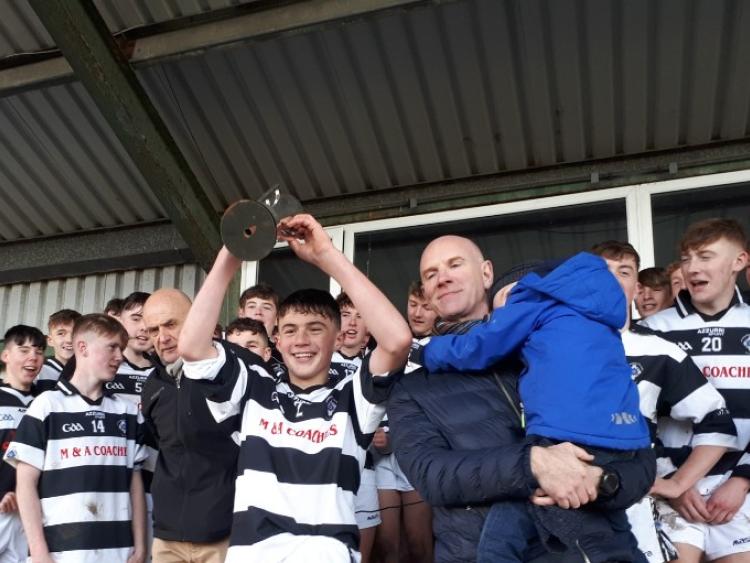 St Kieran’s College, Kilkenny, and the Presentation College, Athenry are heading back to Banagher for the replay of the disputed Masita All-Ireland post primary schools Roinn A junior hurling final.

The original match was played in the St Rynagh’s GAA club grounds on November 30 when St Kieran’s won a Titanic struggle by 1-19 to 1-18 after two 10 minute periods of extra time were needed to reach a decision.

Subsequently questions arose over the number of subs St Kieran’s used during extra-time. Following an investigation a replay was ordered for Banagher on Friday week (1pm).

Athenry, the defending champions, fielded a strong side that featured six survivors from their 2018 winning team.

However, St Kieran’s put in a mighty effort and two late points from Harry Shine earned them victory and possession of the Niall McInerney Cup….for a short while at least.

Today the replay was confirmed for 1pm on Friday week in Banagher.