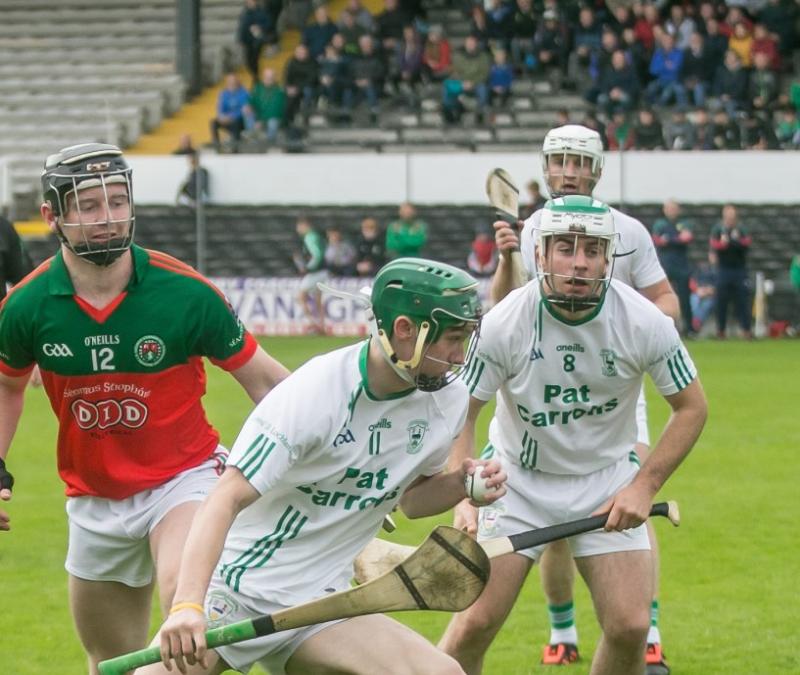 O’Loughlin Gaels turned serious promise into a serious performance and ultimately victory in the Roinn A under-21 hurling championship final in UPMC Nowlan Park today when they shattered Shamrocks bid for the three in-a-row.

The St John’s Park outfit shot the opening point through Conor Heary in the first minute to set the tone. There was a reply from Kevin Fennelly, but when O’Loughlin’s regained the lead with a hard-earned point from Jamie Ryan in the seventh minute they led all the way home for there as they charged on to claim their fourth title in all and first since 2015.

The winners defence never gave the Ballyhale boys an inch, a fact underlined by the interval score of 0-8 to 0-3 in favour of O’Loughlin’s.

The game was a tight and cagey affair without too many frills, but in Conor Kelly (four points) and skipper Seanie Bolger (1) O’Loughlin’s had men who were big performers on the day and in that crucial first half.

Kelly opened the new half by shooting a brace of points. Suddenly Shamrocks faced a real mountain. The opposition kept a tight rein on Shamrocks big men like Darren and Adrian Mullen and Eoin Cody, so they couldn’t get any real momentum going.

Sean Bolger, although listed at No. 8 but playing at corner-forward, was a real thorn in the side of the opposition. He really prodded them in the 39th minute when he made a burst at the town end goal before throwing a finely weight pass out to his right. There in support was another big performer Eoin O’Shea, who let the ball bounce on the ground before sweeping a well struck ground shot to the net.