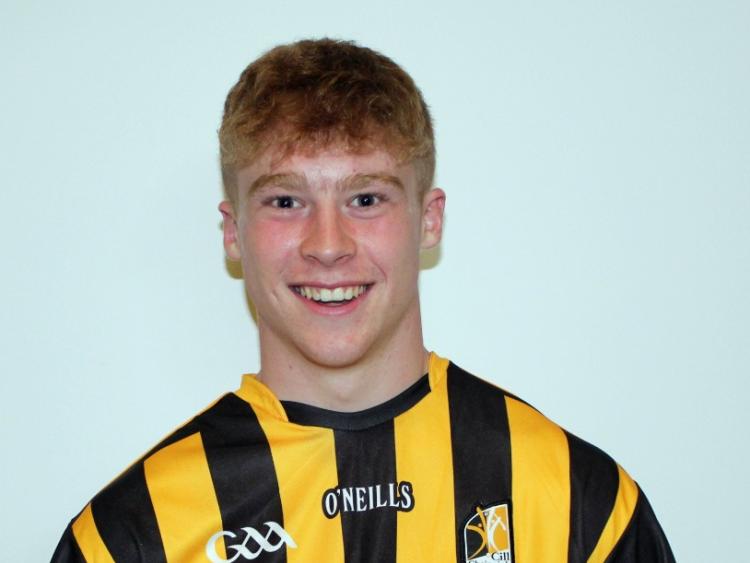 Altough he had a heavily strapped knee, Martin Keoghan played a great game at centre-forward for Tullaroan

The climb has been tough and bruising for tenacious Tullaroan, but the famous North Kilkenny outfit have earned the right to show off their liberal talents in the great sporting theatre that is Croke Park.

On Saturday, January 18 Tullaroan will face Fr O’Neill’s of Cork in what should be a massive conclusion to the All-Ireland intermediate club hurling championship, with Croker the battleground for the decider.

Tullaroan played well when defeating big-hearted Naomh Éanna (Antrim) in a tough semi-final in Parnell Park today. The finishing scoreline might suggest Tullaroan ran away with the game, but that was far from the reality of the situation.

Sure, they led from start to finish, but they had to earn their keep all the way, and stand tall and strong at testing times before goals from the excellent Martin Keoghan and Tommy Walsh in the 54th and 57th minutes respectively wrapped up the ticket into the final.

The losers were behind, and well behind, before they knew what hit them. Tullaroan hit the ground running. After Jack Keoghan landed a smashing point from distance, Tommy Walsh (the former All-Star) drilled home a goal with a little over 90 seconds played.

The losers regrouped smartly, but a good double save by Tullaroan goalie, Paul Buggy in the 10th minute helped hugely to keep them at bay, although the winners defence was always sure-footed.

The winners hit half-time leading by 1-11 to 0-6. While  they opened the second half with points from Mark and Tommy Walsh, the opposition absolutely ripped into them for a while afterwards.

The Tullaroan defence was magnificent during the minutes that followed when Eanna threw everything at them. When the winners burst up the field for Bill Gaffney to win a good ball and shoot a fine point to extend their lead to 1-14 to 0-7 you could sense this was going to be a big day for the tenacious Cats.

Victory was signed, sealed and delivered when Keoghan and Walsh (Tommy) almost ripped holes in the net with bullet like late strikes that earned Tullaroan the goals that finished the stern challenge of the opposition.