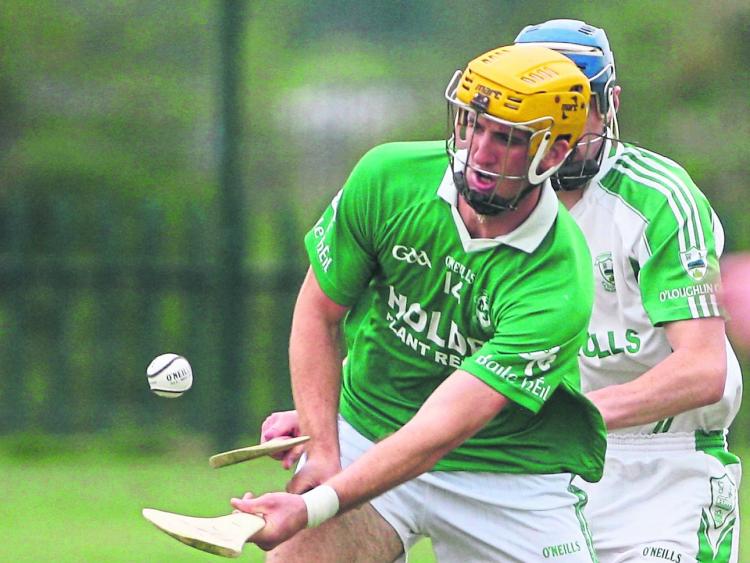 Kilkenny champions, Shamrocks from Ballyhale will have their sights set on another piece of history when they contest the All-Ireland club senior hurling final in Croke Park in two weeks time.

The Shamrocks, seven times winners of the All-Ireland title, never put victories back-to-back and now they have the chance to do so.

The Cats earned a shot at another piece of history when beating good hurling and fiercely competitive Slaughtneil (Derry) in a sensational All-Ireland senior club semi-final in Newry today.

All-Star Colin Fennelly shot a goal in injury-time that eventually downed the northerners. Fennelly bagged two splendid individual goals, one in each half, as he left his mark on the match.

“Without him in the form he was in today we might not have made it,” admitted Shamrocks manager, Henry Shefflin afterwards. “You need people to step up in games like that. TJ (Reid) was well marshalled, so we needed someone else to step up.”

Three minutes from time it was game on when Brendan Rodgers darted through the Shamrocks defence and shot a super goal to leave the score at 1-22 to 2-18.

Shamrocks hit back, Evan Shefflin and TJ Reid (free) shooting points before Fennelly blasted through the Slaughtneil defence to shoot the clinching score.

Slaughtneil burst into action at the start. An early point from Christopher McKaigue was followed by a mighty free from 90 metres by Cormac O’Doherty before Jerome McGuigan scored a terrific goal.

The Shamrocks were 0-1 to 1-2 behind. TJ Reid (free) and O’Doherty swopped points before Shamrocks began to motor.

With the help of an 18th minute goal from Colin Fennelly they dug out a hard-earned 1-11 to 1-10 lead at half-time.

At one stage of the second half Shamrocks got into a five point lead (1-19 to 1-14), but they just couldn’t break Slaughtneil, until Colin Fennelly’s late intervention.

Overall it was a great weekend for Kilkenny club hurling, with Shamrocks, Tullaroan (intermediate) and Conahy Shamrocks (junior) all winning  through to Croke Park finals.