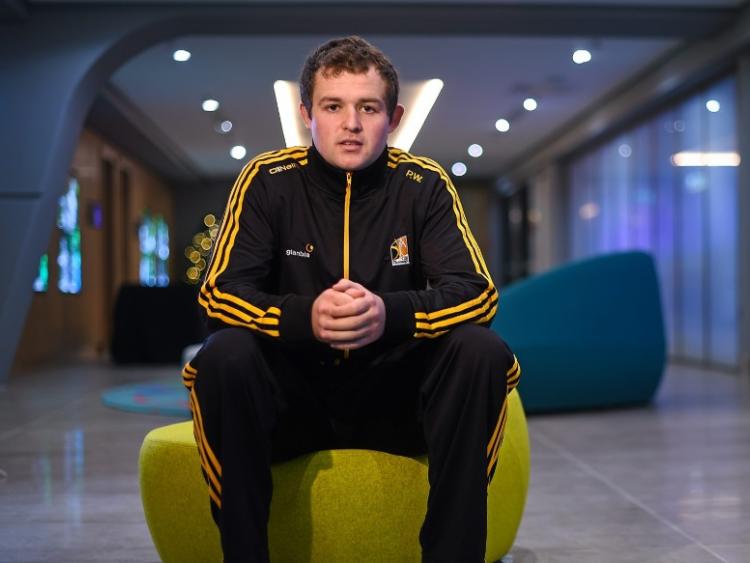 Padraig Walsh was one of seven Walshs' on the Tullaroan team

It was a great weekend for Kilkenny club hurling. At every turn it was victory, victory, victory.
And now the colours of the three victorious outfits will fly in Croke Park on Saturday and Sunday week when the All-Ireland club finals will be staged.
Top of the bill will be that wonder outfit, the Shamrocks from Ballyhale.
We say wonder because they harvest so much from little playing rescources, one of the smallest parishes in the country.
They already head the All-Ireland club senior hurling championship Rollof Honour with seven victories.
They are the defending champions, and they will be putting their title on the line against Borris-Ileigh, who won their first Tipperary title in 30 years in 2019.
Borris-Ileigh won the All-Ireland club title once, in 1986-87 against Rathnure (Wexford).
This latest Tipperary versus Kilkenny hurling showdown has really captured the imagination, so don’t be surprised if headquarters houses a bigger than normal crowd on the day.
Shamrocks, incidentally, created a new mark when they retained the Kilkenny title last season. That was the first time they held on to the Walsh Cup following an All-Ireland success.
And now they are hoping to put All-Ireland wins together for the first time. It never ends with them....the writing of records, of blazing a hurling trail.
Manager Henry Shefflin and his backroom team of Richie O’Neill, Patrick Phelan and Tommy Shefflin (trainer) know their players very well, and even better, how to use them.
The important role they played in guiding the club back to Croke Park cannot be underestimated. There was serious planning; working players carefully with an easy hand through demanding inter-county and club schedules.
In the nerve testing All-Ireland semi-final victory over Slaughtneil (Derry) at the weekend, Shamrocks had to deal with a storm of a match in which anything could have happened.
The Derry side were much better hurlers than anyone could have imagined, and while things were never easy, Shamrocks gutted it out and won in the end by 2-24 to 2-19.
One of the great returns from that match was that it will help Shamrocks find the high intensity rhythm needed against Borris-Ileigh, who claimed a fair scalp (St Thomas of Galway) in their semi-final.
The scene is set for what will be the first Kilkenny v Tipperary All-Ireland club senior hurling final.
There is almost something magical about Tullaroan’s march to Croke Park, the last step being a semi-final victory over a decent Naomh Éanna (Antrim) outfit.
The club is so steeped in the history of Gaelic games, and the people and parish so bound up in it, that every achievement is different with them.
This group served a tough apprenticeship to earn the right to play in GAA headquarters.
There have been knocks and heartache along the way, all of which have added to the joy of reaching the destination.
Now that Tullaroan are booked into Croke Park - they play Fr O’Neill’s of Cork in the final on the Saturday (6pm) - the objective remains the same - victory.
“Going to Croke Park is not a day out. It is about trying to win an All-Ireland title,” was the warning from manager, Jimmy Coogan, to any who might be getting carried away in the excitement of achievements to date.
Kilkenny star, Padraig Walsh sang the same tune after the semi-final win.
“It is all about finishing the job now,” he said of the clash with Fr O’Neill’s.
“Croke Park can be a very lonely place when you lose a big match there,” added the man who felt the pain of defeat there with Kilkenny last September.
The same day Conahy Shamrocks will feature in the curtain-raiser (4pm) when they face Russel Rovers from Cork in the junior club All-Ireland final.
The Healys’, Brian and Davy, Eddie Delaney, James Bergin, John Mullan, Kieran Mooney and company have really grasped the nettle after losing the Kilkenny final against the O’Loughlin Gaels second team.
It is a big ask of county runners-up to drive on and win an All-Ireland final. Conahy have shown to date that nothing is beyond a group with talent who are willing to work hard for what they want.
Conahy won this title in 2008. They don’t regard themselves as rank outsiders in the final.
Be warned. Don’t back against them!