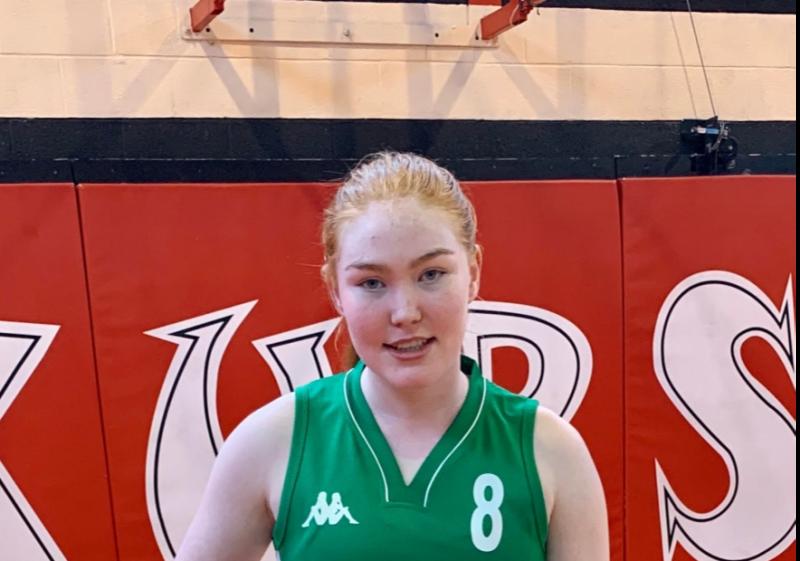 Head coach of the Basketball Ireland under-16 women’s team, Andy Gill, announced the panel of 17 players who will continue to train with the squad in the coming weeks.

The final cut to a panel of 12 will be made after the squad travel to England at Easter where they will play a five match series of matches. After that coach Gill will pick the final group that will travel to the European Championships in July.

Lucy Coogan has been part of the panel since the beginning of the season. She has put in countless hours training under basketball coach in Kilkenny, Puff Summers, working hard on aspects of her game that needed to be improved.

Hopes are high that she can make the final cut of 12. The Europeans will be played in Bosnia Herzegovina.

This is another sporting achievement for the Coogan household. Lucy’s sister Ava was the first girl to win an Irish cap for the Kilkenny Stars club.

She did that last year. Currently Ava is part of the under-18 Ireland women’s team in training for the European Championships in the summer.