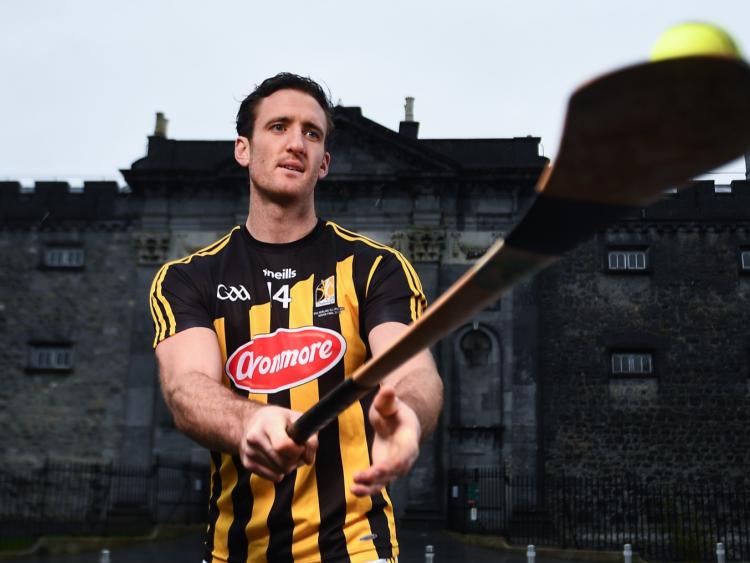 For Kilkenny captain Colin Fennelly it was a day of mixed emotion though after he was taken off in the second half prior to Richie Hogan’s game winning impact.

If selected he’s hoping to have a bigger impact when Kilkenny take to the field on Saturday evening to face off with Waterford in the All-Ireland Semi-Final.

“I was certainly hugely disappointed with my own performance,” he said at the launch of the GAA Hurling All-Ireland Series.

“I don’t think I contributed enough for the team in the game so certainly that was hugely disappointing.
“It was hard to see us breaking through.

“We just couldn’t break through Galway that whole game.”

The Ballyhale man has stationed himself at full forward over the last few seasons and he credits his former club boss Henry Shefflin for helping him excel in the position.

“The closer I am to goal is probably what I like about it,” Fennelly added.

“I think it was probably two, three years ago, I was out of form with Kilkenny. Henry had taken over with Ballyhale at the time, he just spoke to me, said, ‘What do you think?’

“I just said, ‘I maybe need to focus on one thing’. He said: ‘look, I want you to play full-forward for the year and really focus on that’.

“At times you’ll be in on that but that’s your main focus. Henry did a lot of work with me on that. He just give you small pointers throughout the year and I think that was a massive year for me.

“That’s three years ago now at this stage. I probably need to rethink things again.

“Again, from club to county, it’s a huge step up. There’s a huge difference there, but that certainly helped get my focus back on track. Things are always changing.

“We’re far from finished this year. I hope to finish on a good note.”

The 31-year-old two-time All-Star has had a break since the Leinster final to try and recapture his form. Kilkenny have had two weeks between all their games and he feels that is something that’s really suited the team.

“I definitely find it’s a huge advantage,” he said.

“I know with the club it was week after week and you’d really feel it, whereas now with the county you have that two-week break.

We’ll have Wednesday and Saturday of good hurling sessions and for players like me who didn’t have a good game at the weekend I can follow up with trying to get my form back in training.”

While Fennelly is looking to rediscover his form, team-mate Richie Hogan seems to be better than ever after his Leinster final cameo. The Ballyhale Shamrocks man was full of praise for the impact Hogan had on bringing the Bob O’Keeffe Cup back to Noreside.

“A lot of players might have hung up the boots at 32/33 after all the injuries they had,” said Fennelly. “It takes a lot of guts to come back and to be on the bench and come on and do what he does.

“Last year he was going from game to game and he was struggling with injuries. This year, I’m not sure if the break did him good, but he’s in every session now and you can see that from the match - his movement was excellent.

“And the goal he created was unbelievable,” Fennelly added. “To have him there as an option to come off the bench is great and he changed the game against Galway, everybody saw that.

“It’s great to see that recognition because last year I thought he had a good year for Kilkenny and it was clouded by that final.

I don’t think there was much in it, but it was just clouded by that. And for such a player he’s outrageously skilful. The things you see him doing in training, you’d wonder how he’s not playing.

“You could see when he came on against Dublin he was unfortunate with two scores. And if he was to get those two scores and normally he would, he would have changed that game as well.”

“What Brian Cody has done for Kilkenny hurling has been immense and what he is doing is immense,” he said.

“You see with Henry, Eddie Brennan, David Herity, Michael Fennelly all going into management roles and to see them there with Brian or under Brian is just fantastic to have that. I think Kilkenny are in a good place in that respect.”

The manager has brought in the likes of DJ Carey, James McGarry and Martin Comerford into this year’s management team and Fennelly is seeing the positive aspect of it all.

“The game has changed in the last five years and Brian Cody has changed things slightly,” he said.

“He’s not over-reliant on changing everything. But his team talks, the way he speaks to us, the way he goes through things, he’s so definite with everything but he’s been like that from the very start.

“So he’s just brought through what the game has changed. He’s showed us that middle period of the pitch to fight for the ball is just absolutely massive now, so it’s just those small things.”