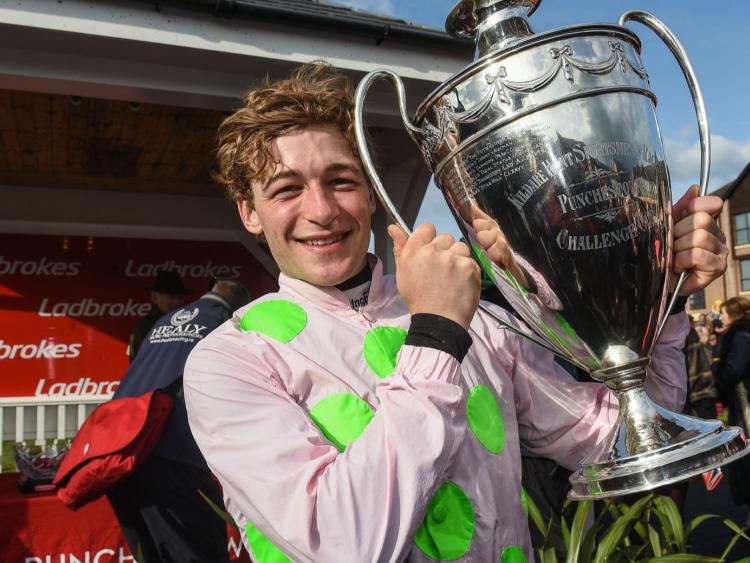 Leading figures from the world of racing have paid tribute to David Mullins following his retirement from the saddle on Wednesday night.

Mullins rode 211 winners in Ireland including nine Grade 1 victories with a sizable chunk of that coming for his father Tom and uncle's Willie and Tony.

His dad was emotional when talking about his career and the tough life jockeys have in Ireland at the moment.

"I've mixed emotions on it, he made a big decision for himself and it's reflective of the way the game has gone as it's very one sided, you have two or three trainers with their billionaires and the rest of the trainers and jockeys in all of the other yards are wondering where their next pay cheque is coming from," Tom Mullins said when speaking on the Nick Luck Daily Podcast this morning.

"It's a difficult game in Ireland and it's dog eat dog at the moment and that's part of David's decision. He was a top rider and while he proved that on many occasions, there is not many top stables in this country."

"He was very upset in Galway two years ago and we knew he wasn't happy even though he rode a couple of winners. To me he was the brightest young talent coming through and he was top of the world after winning the Aintree Grand National in 2016."

"He had an awful lot of ability but he probably wasn't enjoying the game as much as we thought."

Mullins's greatest day arrived when he won the Aintree Grand National in 2016 aboard Ruler of The World when only aged 19.

The Kilkenny man rode the horse for trainer Mouse Morris who was also wholesome in his praise for the now retired jockey.

"It's very sad to see somebody as talented as David leave the game at his age", Morris told the Racing Post.

"He is such a nice guy to go along with it as well , he gave me one of the best days out when winning the Grand National on Rule The World".

"I thought he was destined for the top after the Grand National triumph".

Mullins suffered from his fair share of injuries and while that wasn't behind his final decision it's still something RTE and Racing TV Pundit Jane Mangan can acknowledge : "I've alot of admiration to David for doing this and I've a degree of emphathy with him because it was almost expected that he would perform in the saddle and stay there".

"It's in the middle of the season so it is a big surprise with the spring festivals on the horizon aswell but he said his heart wasn't in it and it wouldn't have been fair to the trainers or owners if he continued and I wish him all the best for the future".

"If he is not 100% committed to it then it is the right call and he wants to get in to the trade business and his dad Tom is a very shrewd operator so that is a mean feat in itself and it's onwards and upwards for him".

A number of horse racing figures also paid tribute to Mullins via Twitter including the recently retired Barry Geraghty and the current champion flat jockey in the UK Oisin Murphy.

Best of luck to @davym15 . A top man and a top class rider. Huge respect.

Happy retirement to 2016 Grand National Champion, David Mullins (@davym15) – a day he wrote himself into Grand National history and a day we’ll always remember! Enjoy and good luck for the future! pic.twitter.com/QtPR2Cjanw

Best wishes to 2017 @Goffs1866 Thyestes Chase winning jockey on the next chapter from all the team at Gowran Park top man pic.twitter.com/V4JGg1SxEQ