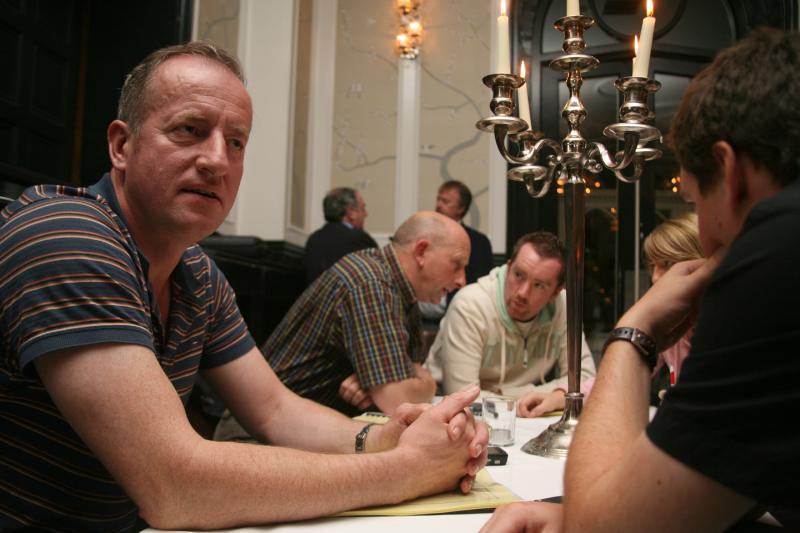 The dedication to Gaelic Games of a former Kilkenny senior hurling selector and his family has been recognised with an award.
Michael Dempsey and his siblings have been named as the recipients of the Dermot Earley Family award by the GAA. The honour is one of 11 presented under the President's Awards, which acknowledge outstanding commitment and long service across the club and county network.
Hailing from the St Joseph's club in Milltown, Co Laois the family - Martin, Michael, PJ, Sean, Betty, Margaret and Ann - have been steeped in GAA since birth.
As well as representing St Joseph's and Laois throughout the 1970s, 80s and 90s Michael Dempsey came to local attention when, after guiding O’Hanrahan’s of Carlow to a Leinster football club title, he became trainer/selector under Martin Fogarty with the Kilkenny under-21 hurling team who won back-to-back All-Ireland titles in 2003 and 2004.
After stepping up to Brian Cody's senior management team Dempsey spent several years with the Cats, helping them to win four All-Irelands in a row between 2006 and 2009, before going on to add further titles in 2011, 2012, 2014 and 2015.
Having stepped down in 2019, Dempsey has also served as chairman of the National Academy Committee whose report is now reflected in GAA policy on Academy and player pathway. Currently IT Carlow’s GAA programme director, he has returned to his native St Joseph’s as senior football manager for the coming season.
“The GAA stands on the shoulders of the People we are fortunate to be able to call our own,” said John Horan, President of the GAA. “Ultimately, the strength of the Association is down to the resilience, dedication and inspiration of the volunteers who make it happen, week after week, year after year.
“These awards give us an opportunity to single out a group who are not motivated by recognition, but who have made an invaluable contribution to our Association and are worthy of this acknowledgement and are great ambassadors for the tens of thousands like them all across the GAA.
“I would like to acknowledge AIB for their ongoing support of these awards and of their wider commitment to Gaelic games.
“Míle buíochas also to TG4 for their assistance in helping us to bring these awards to the widest audience possible and for the work they do each year in showcasing Gaelic games.”
The GAA President’s Awards will be broadcast on Sunday on TG4 at 5.10pm.