Kilkenny SHC- Cruise control for on- fire Shamrocks against Glenmore 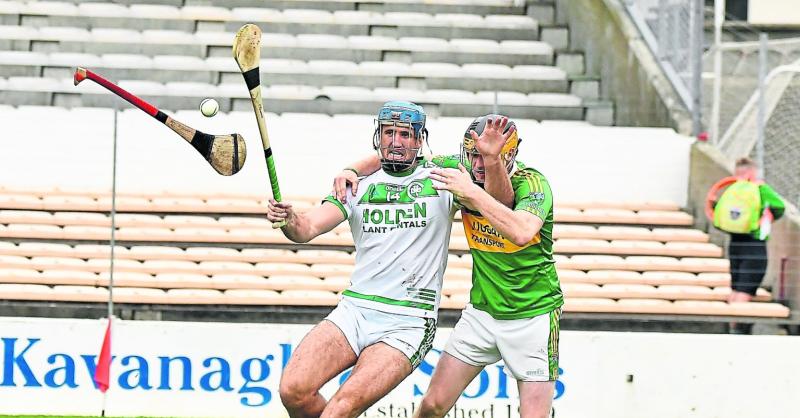 Shamrocks welcomed back the likes of Colin Fennelly and Joey Holden as they eased to victory over Glenmore in the opening round of the senior hurling championship at UPMC Nowlan Park.

The defending champions are looking to win a fifth consecutive senior crown and on Sunday’s evidence they are certainly on the right track to achieve that aim.

Shamrocks were in ruthless form as they scored 2-18 in the opening half with Eoin Cody running riot up front for the champions as he notched 1-6 from play.

As well as Cody, Adrian Mullen and Niall Shortall also chipped in with goals in each half for Pat Hoban’s men.

Shamrocks were in the fortunate position of being able to welcome back Colin Fennelly and Joey Holden from their travels and with Darren Mullen, Brian Cody and Joey Cuddihy to come in they look in great shape.

The weekend’s game was Glenmore’s first in the senior championship in 17 years and while they were well beaten, they can still be content with elements of the performance.

Glenmore actually raced into an early three point lead with Alan Murphy, Ger Aylward and Ethan Phelan all on target.

Unfortunately for the men in green and gold that was to be as good as it got as Eoin Cody found the net minutes later when Eoin Kenneally raced upfield before releasing the Kilkenny star.

Cody was virtually unplayable in the opening half and he looked a huge threat whenever he had the sliotar in his hands.

Alan did point Glenmore back in front in the 5th minute but it was all one way traffic for the winners from that point on.

Murphy then knocked over his third free of the half before Shamrocks hit six points on the bounce between the 11th and 16th minutes.

Cody, Reid, Kenneally and the midfield pairing of Ronan Corcoran and Paddy Mullen who scored five points between them all added to the Shamrocks account as the champions went eight points clear.

Glenmore hit back with points from Murphy, Liam Hennessy and Mark Aylward but their defence was soon on the backfoot again when Niall Shortall scored Shamrocks second goal.

Glenmore kept at it as Billy Reid scored two fine points from play as well as Shane Murphy and captain Ger Aylward also pointing but Shamrocks looked like they would score every time they attacked and they led 2-18 to 0-13 at the half-time break.

The second half began with Shamrocks knocking over two quickfire points from Reid and Shortall and then they showed their ruthless mentality as Adrian Mullen had a shot saved from Tommy Dunne before Colin Fennelly fired a shot off the post, in both instances an easy point was on offer.

Murphy, Liam Hennessy and sub Colm Roche kept things ticking over for Glenmore but you sensed Shamrocks could go up a few gears if they really needed to.

In the past Shamrocks have gone on huge scoring sprees against inferior opposition so Glenmore can take a bit of credit in the fact that they remained competitive.

Adrian Mullen got a third goal for Shamrocks in the 57th minute while Evan Shefflin hit two fine efforts from distance as the winners notched up a 15 point success.

Job done for the Shamrocks but they know stiffer tasks await while Glenmore can take solace in a decent campaign back at senior level with the likes of Billy Reid, Liam Hennessy and Alan Murphy standing out.