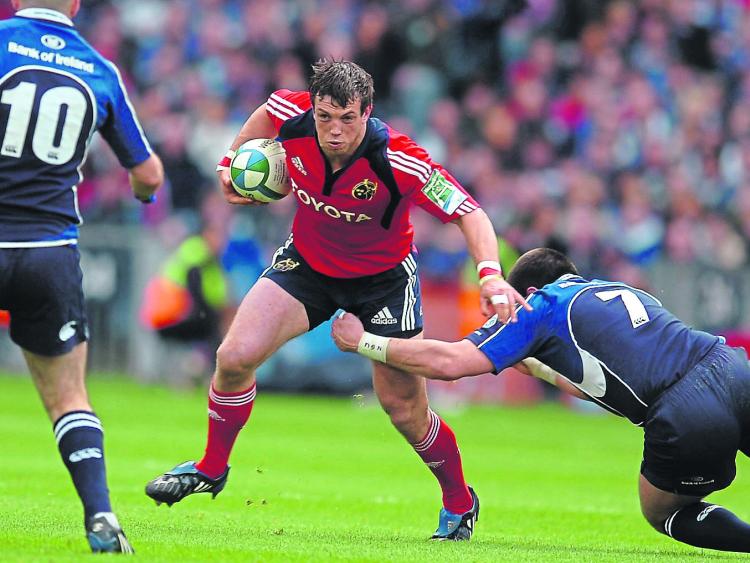 It was a time of innocence and high achievement. Eighty minutes of endeavour put a Kilkenny man on the road to shaping a unique place in sport in the county.
In his first season with Munster, Ian Dowling, climbed a mountain, helping the club win the Heineken European Rugby Champions Cup.
Munster were always the king of hearts in terms of support in European rugby. They lost two finals (1999-2000 and 2001-02) before 74,534 cheered them to victory at the third attempt.
The month - May 2006. The venue - the Millennium Stadium, Cardiff. The opposition - Biarritz (France). The score - 23-19.
Fairy Tale
Wearing the No. 11 red shirt of Munster was Ian Dowling. It was something of a fairy tale. He sampled Europe glory the season after he enjoyed success with Shannon in the modest surrounds of the AIL.
Dowling admitted afterwards the European final was something of a blur. The action rarely found him. Yet the effort on concentration nearly split his head. He didn’t want to be the one to make the error that…
And the over-riding feel at the finish was one of relief; relief that he had gotten through it all; relief that he hadn’t made an error that might have been costly; relief that Munster won at last.
He admitted he got more from the game when he returned to Cardiff to sample additional success in 2008 with Munster when they beat Toulouse (France) in the final.
But the first victory was the first victory. It was a special moment in his life, in the annals of Kilkenny sport. It was a roller coaster year.
The occasion, the victory, was all wrapped up in the emotion of the Munster win; the resurrection after two defeats. And Dowling rode the wave.
The innocence? He walked into the Millennium Stadium with his kit bag slung over his shoulder. It was an O’Loughlin Gaels GAA bag.
It was no brazen statement, no stepping out from the crowd. It was simple routine. He wasn’t lost in the moment. It wasn’t a miscalculation.
It was his match routine. Gear in the usual bag….. even at the pinnacle in Europe.
Ian Dowling remains the only Kilkennyman to win the big double of Irish senior cap and European Cup medal.
Cardiff 2006 was a moment in history for Munster and Dowling, and by extension for Kilkenny too.