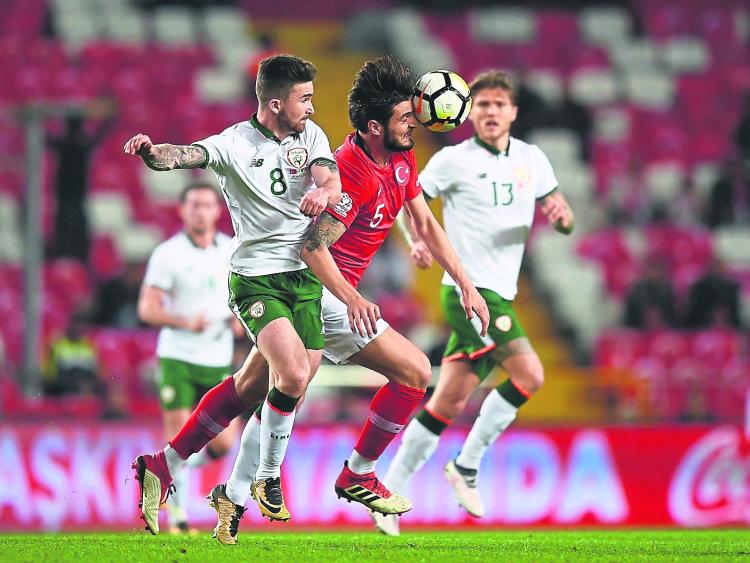 Getting the chance to play for your country in front of tens of thousands of fervent supporters? That’s the stuff dreams are made of.
That was a fairy tale which finally came true when Seanie Maguire made his international debut for Martin O’Neill’s Republic of Ireland squad last October.
The Preston North End striker added the achievement of senior international player to his CV when he came on for Shane Long in Ireland’s 2-0 win over Moldova in the World Cup qualifiers.
“To get onto that pitch and finally get my first international cap was a dream come true,” he said after the game. “It’s the best feeling of my life to date, a proud moment for me and my family.”
The Aviva Stadium rocked to cheers as the Kilkennyman made his bow as an 83rd minute substitute for Shane Long - and the smile on his face as he took the pitch said it all!
While he was quick to race into position, few could have argued if Maguire had stopped to soak it all up for a split-second. He achieved his goal the hard way, delivering a number of top class performances at Cork City, where he hit 20 goals in half a season to earn a move to Preston North End.
The Clogh native has been a hit at Deepdale, getting into double figures on the goal chart despite missing much of the 2017/18 season with injury.
In winning his first cap Maguire has become the first Kilkennyman in 78 years to play for the Republic of Ireland’s senior team.
The last man to do was Mullinavat’s Matt O’Mahoney, who earned six caps in the 1930s while playing for Bristol Rovers and Ipswich Town.