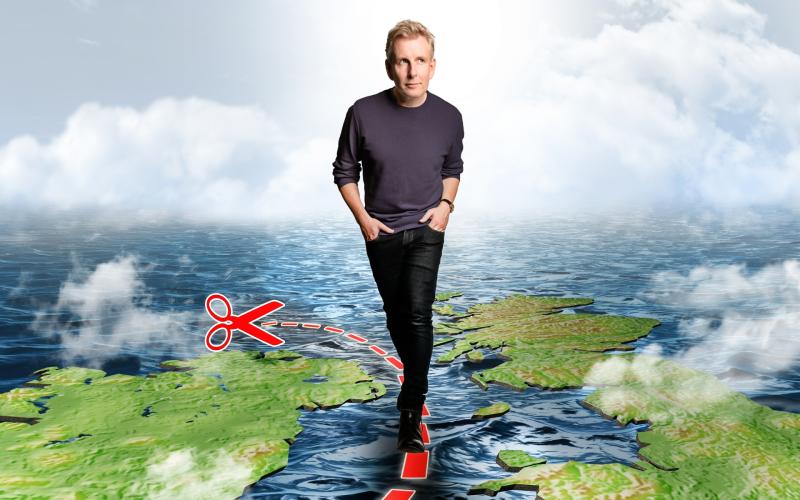 Patrick Kielty's new tour 'Borderline' coming to The Set Theatre tomorrow - for one night only!

“I have a great affinity for Kilkenny. I am married to a ‘Cat’ after all,” Patrick Kielty jokes as he chats to the Kilkenny People.

This year, Patrick and his wife Cat Deely will be a decade married and the couple have spent the last few years raising a young family of two boys.

It has been seven long years since Kielty has taken a comedy show on the road and so much has happened since then.

From becoming a father to dealing with a global pandemic and the impacts of Brexit, life has given the County Down man a lot to think about.

Kielty is now incredibly excited to bring his new show ‘Borderline’ to Kilkenny.

John B Keane's The Field set to run in Thomastown theatre

“Kilkenny is a city associated with comedy. In many ways, following the success of the Cat Laughs, it has become like how Edinburgh is to Scotland,” he said.

“There is a huge appetite for comedy gigs in Kilkenny and so many fantastic venues to perform.

“The thing is the Cat Laughs festival always fell during times in which I was recording stuff or hosting series. I remember doing a chat show on the BBC every Summer and covering comedians heading to Kilkenny so it’s great now to be able to head down again myself.”

On one of the occasions Kielty did make it down to Kilkenny, he confesses that he stayed for longer than he had bargained for.

“I was down in Kilkenny once with Ally McCoist (Scottish footballer) and Fred MacAulay (Scottish comedian) when they did a television chat show together for the BBC.

“Let’s just say at that stage Ally would’ve still been playing and Phil would’ve been partying so a decision was made to change our flights to stay down in Kilkenny to continue to enjoy the local hospitality.

“The problem for me, with that said, has never been in getting to Kilkenny, it’s getting out of Kilkenny!”

Taking aim at Brexit, borders, protocols and politicians, Patrick’s new tour ‘Borderline’ tries to make sense of what a dis-United Kingdom and a dis-United Ireland means for the future of our islands.

Bittersweet, poignant and laugh-out-loud funny, Borderline is a comedic love letter to the future of our land from this award-winning comedian’s personal past.

For Patrick, it’s important for comedians to say something, put an idea out there, challenge the audience, all whilst keeping them entertained.

“I think this show is very personal because you can’t tour a show across the UK and Ireland and talk to audiences about borders and politics without actually sharing stuff about who you are, where you’re from, how you were raised, your background, what happened to your family and so on. There’s a wee bit of meat on the bone, you know.

“I feel the heart of the show is misconceptions that we all may have and trying to unpack them in an insightful and funny way that audiences can take something back with them after the show has ended.”

Kielty’s new comedy show ‘Borderline’ is live tomorrow (Thursday, April 28) for one night only at 8pm at The Set Theatre, Kilkenny. Tickets can still be purchased at ‘set.ie’ - CLICK HERE.