New comedy club in Kilkenny all set for a star-studded launch - get tickets! 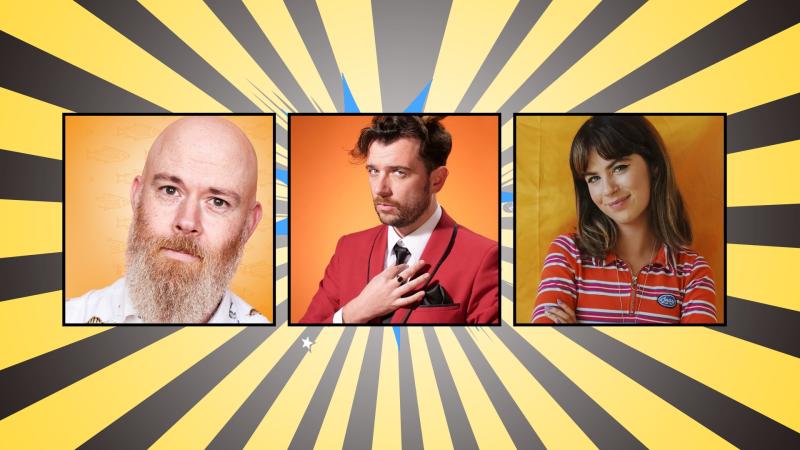 Despite the amazing Cat Laughs comedy festival once a year, Kilkenny has lacked a regular comedy night for some time.

That changes on Friday, August 12 when the Kilkenny Comedy Club launches in The Home Rule Club on John's Quay.

The opening night sees Kevin McGahern take to the stage along with Edwin Sammon, supported by Emily Ashbourne.

Kevin McGahern began performing stand up in 2009 and since then has become a well-known face of Irish television and comedy.

He can currently be seen hosting the panel show Clear History.

He played the character of Sim Card in the popular RTÉ 2 television series, The Hardy Bucks.

Edwin Sammon has established himself as one of the most popular stand up comedians in the country over the last decade.

After winning the Golden Toilet Duck award for best new comedian in 2011 he went on to support the likes of Ardal O'Hanlon, Jason Byrne, Deirdre O'Kane and Tommy Tiernan before appearing on RTE's Republic Of Telly and it's popular spin off show 'Bridget And Eamon'.

He has played every major festival in the country and beyond and is a crowd favourite wherever he plays.

Support on the night comes from Emily Ashmore.

Since winning the Cherry Comedy Break Out Act of the Year in 2019, Emily has become one of that fastest rising stars on the Irish comedy circuit.

She's performed at the Vodafone Comedy Festival, Vicar Street, Electric Picnic and the Edinburgh Fringe Festival and has opened for the likes of Des Bishop, Joe Rooney and Damo Clark.

Hosted by Shane O'Keefe and Cian McGarrigle, the Kilkenny Comedy Club will run on the second Friday of every month.

Tickets are only 10 euro and are available online from 'www.kilkennycomedy.com'.