Barnstorm are back in action

New production, Alice and the Wolf, to hit Watergate Theatre in March 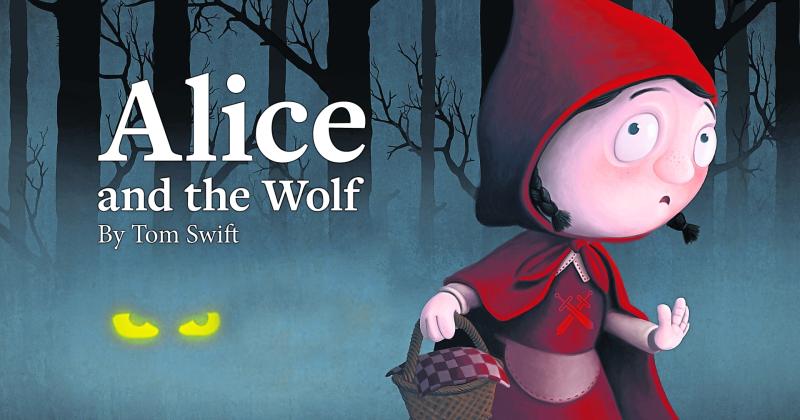 Alice and the Wolf

Barnstorm Theatre Company has begun rehearsal for its beguiling new production Alice and the Wolf, which will run at The Watergate Theatre, from March 4 to 9.

Set in the often-compulsive world of online video gaming, this re-telling of the Little Red Riding Hood story is a digital fairy tale that’s deliciously funny and full of dangerous dark twists.

Commissioned by Barnstorm and written by Tom Swift (Performance Corporation), it is for children in the nine to thirteen age group, and their families.

Twelve year-old Alice spends virtually all her time in Wolf Wood. You know, the world’s deepest, darkest online game. Why not?

Her dad isn’t around, her mother’s gone to Canada to meet a lumberjack and her best friend’s dumped her for a YouTube star.

But what happens when the people you meet online come looking for you in real life?

Tom Swift captures the zeitgeist of young people’s world as they navigate the opportunities and challenges thrown-up by internet access and all-pervasive social media.

“Our characters switch back and forth between their lives in the real world, and their avatar selves in the virtual world,” he said.

“We can’t reproduce the CGI world of the game screen so we are inventing our own way with the collaboration of a dynamic creative team. (Ella Clarke - Movement Director, Jack Cawley - Sound, Mark Galione - Lighting, Sarah Foley - Costumes and Andrew Clancy - Set).”

Local actor Aoibhín Murphy returns to Kilkenny for this Barnstorm show. She has previously performed in a number of shows with Devious Theatre as well as Barnstorm and Watergate productions, and will be remembered for fine performances as Nora in The Plough and the Stars, and Annie in All My Sons at the Watergate in recent years.

She is joined by Julie Sharkey, previously seen by Kilkenny audiences in Barnstorm’s Barney Carey Gets His Wings. The talented Manus Halligan, Aoife O’Sullivan and Cormac Ó Broin make their Kilkenny debuts in this production.

“This is a play for our times,” says Producer Vincent Dempsey. “It is digital fairy tale as deliciously dark and cautionary in 2020 as the traditional fairy tale was to past generations. It is a show not to be missed.”

Many of the matinee performances for Kilkenny schools are already sold out. There are tickets still available for the Gala Family Performance which will be held on Saturday, March 7 at 7.30pm.

Tickets for Alice and the Wolf are available from The Watergate Theatre, tel 056-7761674.