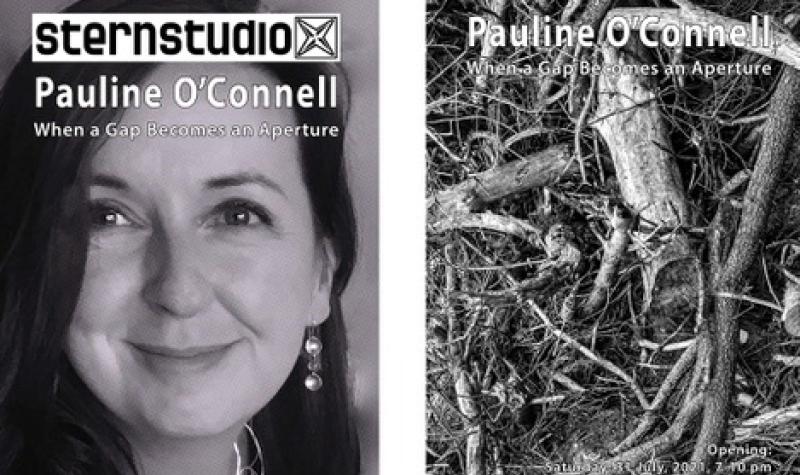 A gallery in Vienna have decided to host a solo exhibition by Kilkenny native Pauline O’Connell, whose work, since 2012, has focused on the upland rural area where she lives in the county.

'When a Gap Becomes an Aperture' will be exhibited from July 31 to August 22, 2021 at Stern Studio Gallery in the Austrian capital.

Her discovery of the absence of this place on the electoral map prompted her inquiries of the rural as a place, a subject and philosophical enquiry.

Through the cultivation of her practice-led (auto)ethnographic research, she uses a range of media - including sound, video, photography, drawing, installation, and text - to explore the impacts that historic rural constructions, disciplinary malpractices and conceptual disinvestment have had on the political, material, and social perceptions of the rural today prompting us to question the very basis of our understanding.

Contradiction plays a large part in O’Connell’s work  - sometimes even she confronts herself in the process.

The exhibition comprises a series of newly created works ranging from a choreographic textual neon work, a large-scale photographic panorama, a wooden sculpture and an artist’s book.

At the centre is (t)here (2020-2021) - a green neon wall- mounted text work whose central element - a constant, is here - which is always ‘on’.  Shifting perspectives are presented through a series of accumulations - questions and positions: here, (t)here, where?, nowhere, now (t)here, now here, here? This ‘on/off’ sequence tells its own story where the politics of narrative – whereby authority is afforded to those who employ it can maintain power over those subject to it - can be analysed, deconstructed and translated. This work acts as a prompt through which conversations can be catalysed. It is, therefore, unfinished in that sense.   It creates a space for further enquiry, for discussions across and between rurals constituted by multiple, similar and contradictory identities, geographies and lifeworlds.

Spoil I (2021), a 4-meter wide photographic panorama depicts the so-called heaved-up-leftovers of a mono-culture industrial plantation after it is deforested. These linear spoils line up similar to war barricades, redrawing the area where planting took place 30 years prior. They become remnants of an ongoing industrial agriculture practice that is based on an extraction rhetoric that renders land/nature only valuable in economic terms. This upland area, a place called The Brown Mountain that is close to where the artist lives, is left spoiled. The land is deemed by agricultural policy not good enough for anything but large scale, quick-growing Sitka Spruce plantations that, at the end of their growing life are transformed into low-grade planks and OSB board. Even though considered a sustainable renewable timber resource, these monoculture plantations render the soil dead in terms of its biodiversity. While agricultural incentives are at odds with the prospect of forward-thinking ecological restoration which involves the replanting of a broad range of native trees and time is given for them to regenerate, in this way, the agri-capitalist frame is subverted offering a more-than palliative approach. A decentring of the ego and galvanising thinking beyond one’ self and lifetime is required. Spoil I, is the first in a series that reflects on our attachment/detachment to nature and our surrounding environment.

PINE (2021), a hand-cut oriented strand board (OSB), is both material and emotion. It directly relates to and comes from Irish monoculture Sitka Spruce plantations where trees provide a renewable raw material that makes up the boards, providing material for our built environment. Reflecting on the effects of Covid-19 on the curtailment of peoples’ movements, the artist explores the ways The Brown Mountain local plantation has also provided a place where grief can be expressed - evidenced through an increased social/recreational footprint. PINE provides a space for contemplation, self-reflection, (dis)connection and hope.

Inspired by Georges Perec’s experimental book Tentative D'épuisement d'un Lieu Parisien, or An Attempt at Exhausting a Place in Paris,  In the Middle of Nowhere (2019), in the form of an artist’s book, recontextualises this work where O’Connell pays attention to the seemingly insignificant and notices what is taking place when nothing special is happening.

Set at Brooke’s Cross, Castlewarren, Co. Kilkenny, where, over three days, she placed herself and took note of what she saw speaks back to rural pejoratives such that ‘nothing happens there’, ‘it’s the middle of nowhere’.

Pauline O’Connell is a visual artist based between rural County Kilkenny, Ireland and Amsterdam.

She has presented her work at L’Ecole Des Beaux Arts, Paris (FR); M.Y. Art Prospects, New York (USA), EVA International (IRE); Sheffield Hallam University (UK), University College Cork, Maynooth University (IRE); University of Dundee (SCT); RIXC Art Science Festival, Riga (LV) and since 2012 her works have been ‘played back’ or (re)presented locally in the context from which they emerge - in community halls, in fields and at crossroads.