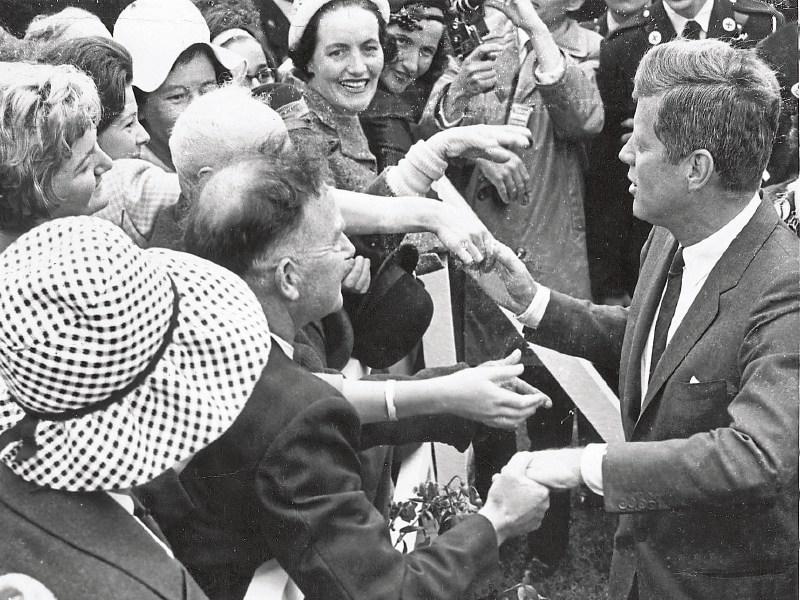 A twentyminute long colour video capturing the visit of President John F. Kennedy to New Ross in County Wexford, just over the Kilkenny border, in June 1963 is to be donated to the Kennedy Book and Research Archive at New Ross Library.

The Kennedy Book and Research Archive was launched at New Ross Library by the Kennedy Summer in association with Wexford County Council in 2017 on the 100th anniversary of John F. Kennedy’s birth and the video footage will be added during the 2021 Kennedy Summer School.

The collection contains items of unique interest, including a number of books written by John F. Kennedy before taking up political office, LIFE magazine from the 1960s, and other contemporary publications.

The Kennedy family traces their roots back to Dunganstown in County Wexford when Patrick Kennedy, JFK's great-grandfather left Ireland during the Great Famine in 1848.

Speaking of the movie, Chair of the Summer School Willie Keilthy said, "Back in the late 1950s and 1960s collecting such footage was limited to the standard film camera or the super 8 movie camera with sometimes waiting weeks to have them developed and then only available to a few.

"Fortunately, Peggy Walsh, now 98 years old, was a keen photographer and videographer and back in the day made lots of short movies capturing the important events of the day including the visit of President Kennedy to New Ross, the last days of the New Ross Dublin Train Service, play at New Ross Golf Club and many more.

This week, there were 3,124 people who claimed the PUP in Kilkenny

"It is certain that this important local collection will serve to relate the social history of the town and surrounding district. We would like to thank Ann Larkin daughter of Peggy Walsh for providing this collection to the archive.”

The poignant footage will be showcased to the public for the first time at an outdoor screening event hosted by New Ross Library at the New Ross Library Park on September 2, 2021, at 5.30pm.