A request to extend eligibility for funding under the Streetscapes Enhancement Measure across Kilkenny has again been made by the County Council.

The Streetscape Enhancement Scheme 2021 awards grants of up to €8,000 to properties to enhance town streetscapes and is funded by the Department of Rural and Community Development. However, when announced earlier this year it was specified that in County Kilkenny it was only open to Thomastown, Castlecomer, Goresbridge, Mullinavat and Urlingford.

At the time councillors in other areas of the county were disappointed that many areas were not included - including the town of Callan.
Now an update to councillors had outlined that Kilkenny may underspend funds from the scheme, because of the limits.

Director of Services Mary Mulholland brought the matter to their attention at a meeting of Callan Thomastown Municipal District.
Cllr Deirdre Cullen said that the minister said some leeway will be given to councils, and asked it that meant they could offer the scheme to other towns and villages.
“We don’t want to underspend on this, especially when people have expressed an interest in other towns and villages.”

Ms Mulholland said Kilkenny County Council has made a submission to the Department and did get a time extension for the scheme. They also sought discretion to extend it to other locations and are awaiting a response.

Grants range from €500 for ‘green enhancement’ and planting, to €4,000 for projects like improvements to shop fronts, illumination and lighting of architectural features or replacement of an existing shopfront with traditional painted wooden shopfront or contemporary design, to a maximum of €8,000 per building.

Cattle turnover in excess of €1 million on several occasions 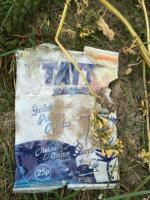