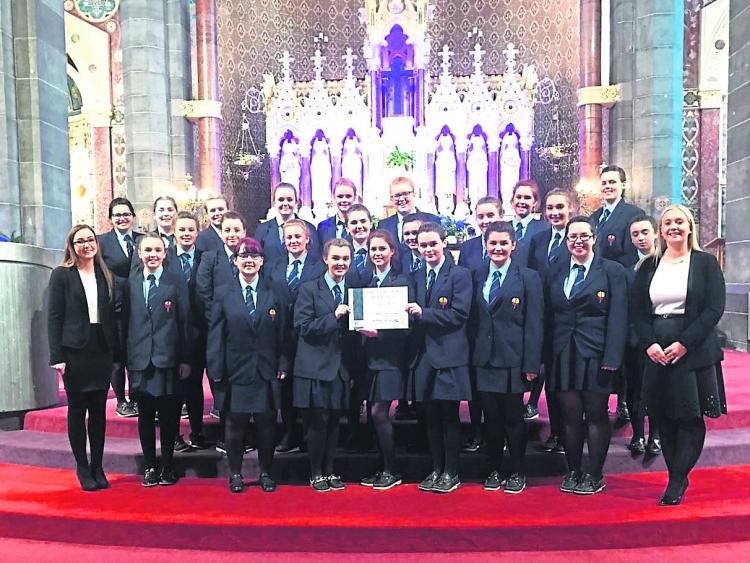 FIXTURES
On Saturday / Sunday 25th/26th March next on the list of fixtures is a Men's 18 hole Open Singles V Par.

GOLFING ANECDOTES
First of all, Martin Brennan and Martin O’ Neill made a welcome return to the golf club recently after injuries. Both hail from Hillside View, an estate that boasts, arguably, the greatest assembly of sportsmen and sportswomen in North Kilkenny or beyond! Great boxers, soccer players, basketball players, camogie players, hurlers, golfers, fishermen and women, card players, bridge players, darts players and great athletes thrown into the mix, strengthen the argument. Known to give a horsey tip or two as good as any tipster, if you’re ever drawn against a Hillside Viewer, don’t be caught off guard, you will earn your spurs!
Of course, in the context of golf, young lads, Michael Curry, Michael Buggy and Jason Brennan stand out, tall, among men. It’s true that great golfers come in big and small parcels! Michael Curry is the Olasabal - who knows better, as he played him many years ago in the British Boys’ Golf Championship! Michael Buggy is the Jason Day figure - big, strong and a precocious talent playing off +1 with scratch cups in his display cabinet! Jason Brennan, from an early age, had the look of a Gary Player, under six feet in height and left handed. Both were powerfully strong and equally agile. I had the pleasure of playing with Jason when a teenager. He hooked a drive on 14, “The Convent” hole and played his second off the sixteenth fairway. He pulled out a driver for his second. I thought “what’s this chap doing?” What I witnessed, I’ll never forget. He hit the absolutely “touch and improvised” shot as sweetly as Player. He stuck it to the pin for a tap-in birdie from two hundred yards! In his mind’s eye, the trees his ball had to cross didn’t exist. Jason too, just like Michael, won the Kilkenny Junior Scratch Cup. Brian Young, Pa, Michael and Adrian O’ Neill, James O’ Shea, Martin (G) Brennan, Martin (B) Brennan, Karl and Joe O’ Donnell and Joan Brennan, John, Tommy and Davy Buggy are all very fine golfers also, while Liam Campion, opposite the Boys’ school, is not a million miles from Hillside View either! Hillside View has also produced two illustrious captains in Joe O' Donnell and the home grown Pa O' Neill. We won't mention hurling, because Clare hurler, Alan Shanaher, who scored 1-3 from play against Kilkenny in the Ennis second rd clash recently is son of a Hillside View woman, who is daughter of the late Tommy Nolan RIP. Shiner, Goggy, Brian Young, Dixie and Davy Buggy with All-Irelands a plenty and the great James O' Shea and Mikey O' Neill, both brilliant club seniors with Erin's Own for many years is only the beginning of a long list of Hillside View super hurlers.
Congratulations again to Michael Buggy on his recent engagement. Everyone in the Club is rooting for this great sportsman's leadership, example and inspiration to our youngsters. Well done again to Olazabal, Day and Player. You set the standards so brilliantly for the rest of us competitors.
To get back to Martin O’ Neill, we were playing in Mountrath, a few years ago. We negotiated the par 4 first and par 3 second fairly well and were well warmed up by the time we got to the third tee-box. Michael Brennan and I hit two drives straight down the middle, yes a surprise! Martin hit a drive and it went plop, plop and down in the lake, another surprise! But wait for the truth, it went “hop, step and jump” like a great Olympic athlete. The third bounce off the water just catapulted up the fairway, to our disbelief! Martin parred the hole no surprise! .Michael and I had bogie fives, no surprise. We were either rattled or still in shock or a bit of both with what we had just seen!! Needless to say, when we shook hands after the round at the 18th, we held on a bit longer! Could a bit of Martin’s luck transfer on to our game? All could be revealed in time. Moral of the story: If you play the golf long enough, “Ripley’s Believe It Or Not” can happen at local level!