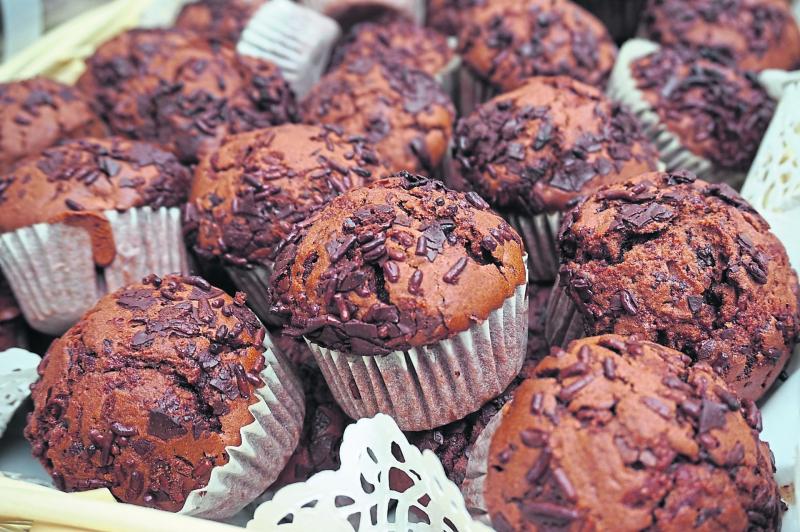 Chocolate muffins are a big hit with young and old alike!

This week’s column is brought to you with two objectives - to suggest recipes you will be able to make with items you keep in your kitchen presses or may have stocked up on in recent days, and also to give you some easy recipes to make with children who are not in school at the moment. Bread and butter pudding, in particular, is a great way to use up all the sliced bread you might have bought in a panic.

Remember - teaching children to cook, and bake, is not only fun but is also educational. Call it the home economics part of their home schooling! And, unlike maths homework, you end up with something tasty to eat at the end of class!

Method
Preheat your oven to 170C.
Put the eggs and sugar in a mixer and beat until pale and well combined.
In a separate bowl sift together the flour, cocoa, baking powder and salt.
In another bowl combine the milk and vanilla extract.
Little by little beat these two mixtures into the egg mixture. Beat until well incorporated.
Finally, stir in the melted butter and the chopped chocolate.
Spoon the mixture into paper cases until two-thirds full. Bake for about 30 minutes. A skewer inserted into the centre should come out clean.
Leave the muffins to cool slightly in the tin and then put on a wire rack to cool completely.

Method
Preheat the oven to 200C. (Unless not cooking immediately - read on).
Use the butter to grease an ovenproof dish and to spread on the bread, then spread the bread with the marmalade or jam.
Put a layer of bread on the bottom of the dish and sprinkle with the lemon rind, half the mixed peel, half the raisins (or sultanas), half the cinnamon, all of the apple and half the light brown sugar.
Add another layer of bread, cutting the slices so they fit the dish. Sprinkle with most of the remaining raisins/sultanas, and all of the remaining mixed peel, cinnamon and light brown sugar. Top with a final layer of bread.
Lightly beat the eggs and milk together then carefully pour over the bread in the dish.
If time allows let stand for 20 to 30 minutes at this stage.
Sprinkle the top of the pudding with the remaining raisins/sultanas and the Demerara sugar.
Bake for 50 to 60 minutes until risen and golden brown.
Tip: If the top is beginning to brown too quickly then cover it with a piece of tinfoil.