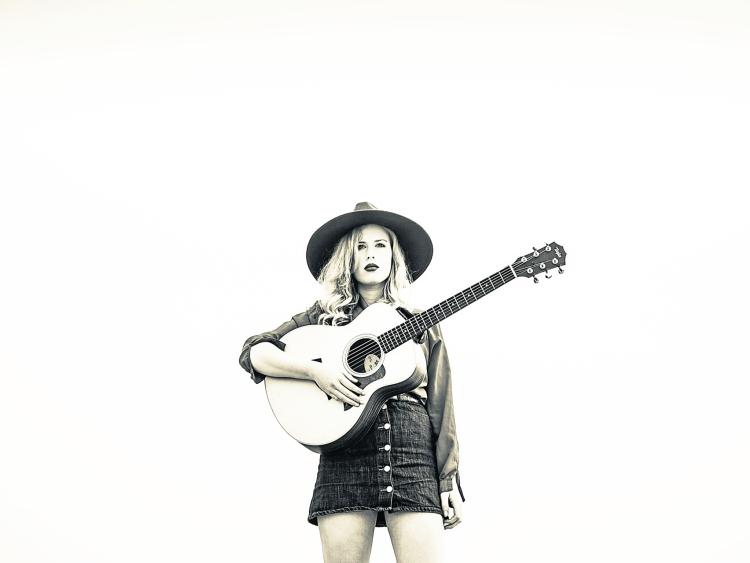 Over 100 musicians in 44 different acts will take the stage in 32 venues over the four days of the 20th Smithwick’s Kilkenny Roots Festival this weekend.
They will travel from the USA, Canada, UK and Austria to entertain the crowds that will pack local venues, restaurants, hotels and guesthouses over the weekend.
The programme is dotted with big names from the Roots/Americana music scene, ranging from the veteran Chip Taylor to up and coming newcomers like Holly Macve.
Chip Taylor is best known for writing hits such as ‘Wild Thing’ and ‘Angel Of The Morning’ back in the sixties. He retired from the music business for over thirty years, but has returned to his first love and has produced a string of fine albums in recent years. He will be accompanied in his show at The Set Theatre by John Platania, long time guitarist for Van Morrison.
The husband and wife duo of Brett and Renee Sparks, better known as The Handsome Family, will break their brand of country noir to a sold out Watergate Theatre on Sunday night.
The festival kicks off with the highly rated American band, Western Centuries, in Billy Byrne's on Friday night. This will be an early opportunity to put on the dancing shoes. Then it’s on to Ryan's for the magical voice of Joan Shelley, before more high energy roots rock from The Americans in Cleeres. There’s plenty of entertainment on the Smithwick’s Music Trail also, with gigs in ten venues.
The pace is upped on Saturday, with shows from early afternoon until late into the night. Ticketed shows include The Americans, Joan Shelley, John Blek, Carter Sampson, Holly Macve, Arborist, Marah and the highly anticipated Yola Carter in The Set Theatre. Yola was recently crowned ‘Americana Artist Of The Year’ and this will be her Irish debut. The music trail runs all day with over 30 gigs on the programme.
Sunday is usually the busiest day of the festival and there’s a huge choice again for 2017. Andrew Combs, Carter Sampson, Chip Taylor, Arborist, Paul Cauthen, The Handsome Family, Yola Carter, Holly Macve, before the big Sunday night show with Marah at The Set. The band, lead by brother’s Serge and Dav Bielanko, played a memorable show at the festival back in 2002 and are looking forward to a return.
“We are extremely proud of the fact that we are currently playing better Rock N Roll shows than we ever have before. Write it down. This Spring our band was offered a really fun and fast trip to Ireland to play the festival. If you are anywhere in Europe (or the USA for that matter) and have the means to get to Kilkenny for the weekend of April 29/30 you could do a lot worse. Marah will play two full band RnR shows, many other amazing musical acts will be on hand to perform. Music is everywhere and the spirit of the thing is inclusive and intimate and rare. The walls come down and this one really is a "festival", a celebration of the great people who put it together and the great people they think to include, to invite around. Obviously, it's an honour to be asked, but it's also an amazing opportunity for us to selfishly watch some complete strangers literally have the best time of their lives and get a lot more than they bargained for or could have ever really imagined. It's all very Irish, very R&R and very, very good.”
Meanwhile the Music Trail continues with gigs throughout the day in 25 venues.
Winding down day
Monday is winding down day, with many heading for home, but there is still plenty to enjoy with shows from Paul Cauthen, David Kitt and hotly tipped Nashville singer, Andrew Combs and his band, performing in Kyteler's for the grand finale.
The full list of bands on the Smithwick’s Music Trail: Beef Supreme, Ben Reel, bobbie carey and deepdown.
You can also relax on the trail with: Detox, Delta Dogs, Desert Aces, Fenton and the Phantoms, Isolated Frequency, Jezzebelle, Joe Tury, lands end, loudest whisper, mongrel state, mother’s Little Helpers, One Horse Pony, Peter Bruntnell and Prinz Grizzley.
The smithwick's Music trail also has: Psychedelic Pill, Skinny Elvis, The Daddy Naggins, The Gruffalos, The Needables, The Savage Jim Breen, Tomcat & The Zodiacs, trouble Pilgrims, Woodbine.