He was involved in so many voluntary, community and social causes here 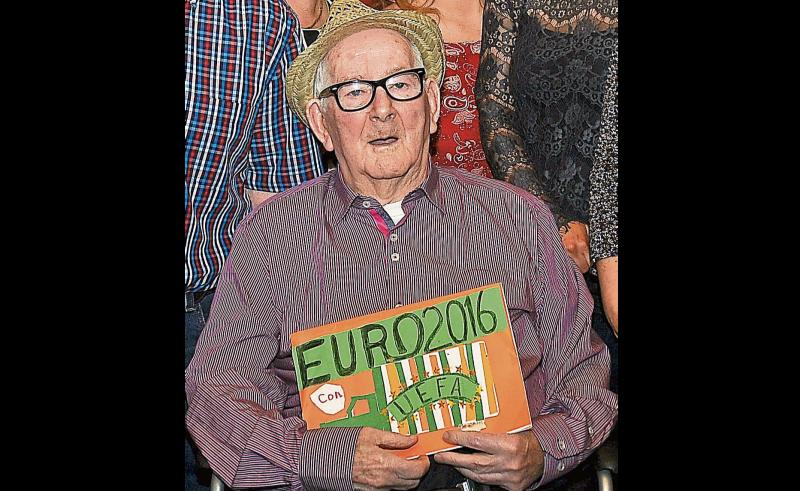 During his life, Con was involved in too many charitable and social causes to list. Among the most well known, at this time of year, the Children’s Christmas Toy Bank he ran with his late wife Gertie worked to ensure that thousands of children knew that Santa cared for them, regardless of any difficult circumstances.

Con helped thousands of people through his voluntary work. He was an organiser of many community fetes, sports and outings – all fundraisers to support struggling families with children.

He helped start Sunday Night Bingo in the Neighbourhood Hall on the Butts Green, and a community charitable group in the St Vincent De Paul house, and helped recruit and support volunteer tutors for the Fr McGrath Centre’s Homework and children’s clubs.

A long-time soccer fanatic, Con was one of the founders of the official schoolboys section of the Kilkenny & District League. The under-age section of the League was set up in the 1960s, with Mr Downey and his fellow founding members, who included Mike Kelly and Brendan Lonergan, feted at a 50th anniversary celebration at the League's Derdimus headquarters in 2019.
Mr Downey, who served on the committee for many years, was honoured for his services to the local game when the League named a competition in his honour. Teams in the under-17 age group now compete for the Con Downey Shield.

Con Downey (Talbot's Inch, Kilkenny) died on November 28, (peacefully) at home in the loving care of his family. Beloved husband of the late Gertie and dearest father of Geraldine, John, Eugene, Eileen, Mary, Una and the late baby Gerard.

He will be sadly missed by his children, sons-in-law Niall, Declan and Dave, daughters-in-law Yvonne and Dervilla and Una's partner Ian. He will be fondly remembered by his adored grandchildren Trudy, Robert, Darragh, Róisín, Gerard and Thomas, brother-in-law Billy, nephews, nieces, extended family, kind neighbours and many great friends.

A removal will take place on Wednesday, December 1, from his residence to St Canice's Church arriving for 11am Requiem Mass. Funeral afterwards to St Kieran's Cemetery. Family flowers only please, donations if desired to the Fr. McGrath Centre or Carlow/Kilkenny Home Care Team. House strictly private.

Con's Requiem Mass will be live streamed on www.stcanicesparish.ie/web-cam. Con's family would like to give special thanks to his wonderful carers who went above and beyond.