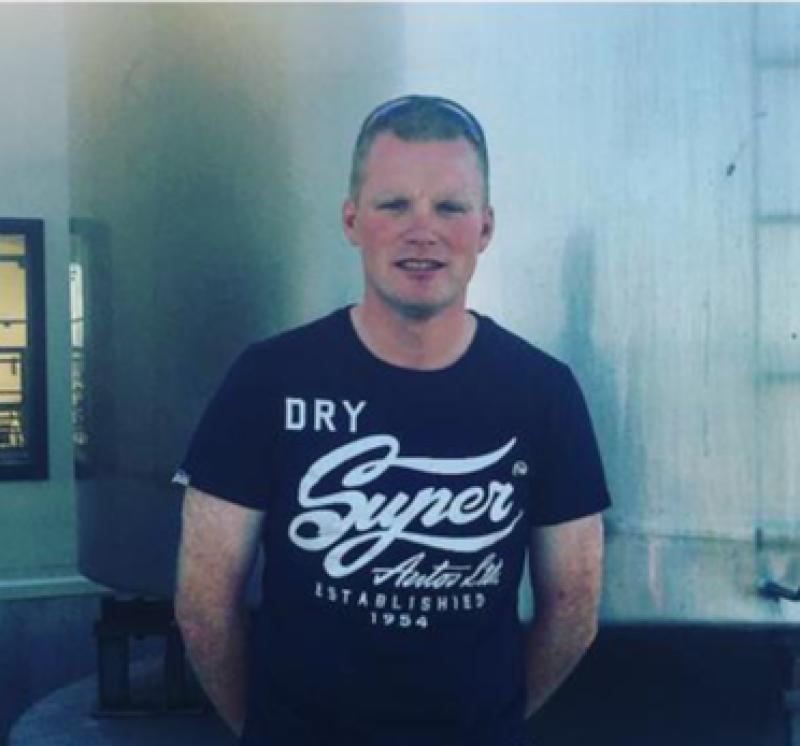 Galmoy’s David Fogarty was crowned the winner of the 2020 Macra na Feirme Young Farm Manager of the year.

David completed his Leaving Certificate in Coláiste Mhuire Johnstown in 2010 and studied agricultural science in UCD for four years.
From there he worked with Teagasc in Kilkenny as a farm advisor and in 2015 he made the decision to move to New Zealand, where he worked on three different dairy farms over a three-year period.

On his return to Ireland in 2015, David was offered a number of farm manager positions and again opted to partner up with Teagasc in Kilkenny. He gave one year with them in Greenfields Dairy.
In 2017 David moved to manage a 620-acre dairy farm in Rosegarland estate, Wellington Bridge in Wexford, where he manages a 480 dairy herd which he hopes to increase this year.

Achievements
David’s achievements to date are all the more remarkable as he did not hail from a farm background. He did, however, from an early stage show an extremely strong work ethic and was very much supported and encouraged all along by his proud parents Jerry and Margaret.

Following two interviews David was announced as the winner of the Farm Manager of the year award, sponsored by FBD. It is a fitting tribute to all his hard work to date and his eagerness to develop and grow his skills.