'A lovely find,' archaeological discovery made by Kilkenny tour guide 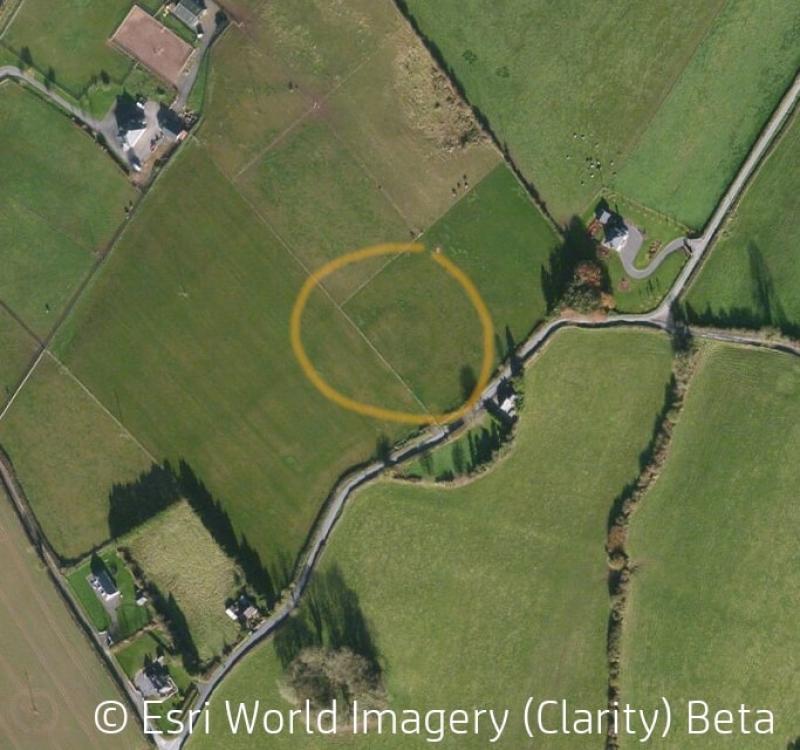 The archaeological monument was discovered last week near Cashel

OpenStreetMap is an OpenSource map which works like Wikipedia in that anyone can edit it.

Anne was working on OpenStreetMap Ireland’s project to add all buildings to Ireland’s map using satellite imagery, when she spotted a circular crop mark in the townland of Garryard.

Being just as passionate about Irish heritage as she is about mapping, her interest was triggered.

Checking against older maps, she established that it was not recorded anywhere and reported her find to Jean Farrelly at the National Monuments Service.

The verdict arrived promptly with Jean calling it “a lovely find” and attributing a Sites and Monuments Record number to the structure: TS053-102.

Without further archaeological investigations, the structure was classified as an “enclosure” which could refer to an animal enclosure, but it could also be a ringfort where a farmer’s family would have lived and worked the surrounding fields.

Both Anne and Jean noticed a tree line south of the structure following the curvature of the crop mark.

This could indicate an old boundary surrounding a much larger (c. 120m diameter) structure around the possible ringfort.

Anne, who comes from an area in central Germany which is incidentally also called the “Golden Vale” and who has no formal background in archaeology, was thrilled about her find.

She said: “Even though there are numerous ringforts already recorded in this area due to the fertile nature, I am excited to have found another one, especially with the added intrigue of the townland boundary following its curvature. It shows how meaningful and rewarding citizen science can be.”

Anne, who lives in Kilkenny,, has combined her passions for mapping and Irish heritage by starting a YouTube channel called “OSM for History Buffs” where she presents tutorials on how to map historical features like ringforts, field names, holy wells and creameries, to name but a few.

Hospice Sunflower Days are back! Help out - Kilkenny volunteers are needed