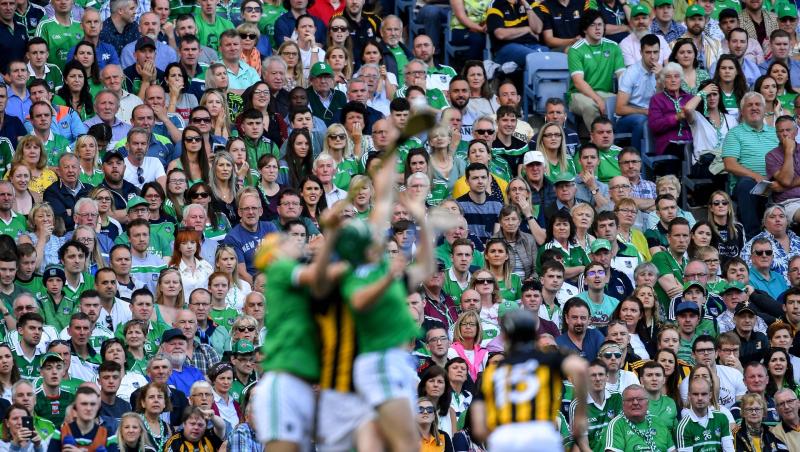 Croke Park GAA officials have confirmed that there will be no penalties used to decide Sunday's All-Ireland senior hurling championship final.

If Limerick and Kilkenny finish level, extra-time - two periods of 10-minutes, will be played on Sunday.

Then, if level after that extra time, the game will go to a replay, which will be played on Saturday July 30.

Paul Murphy: An immense performance from Kilkenny all over the pitch

Finish on the day protocols, including sudden death penalties, had been in place for all SHC championships games up to Sunday's final.

There is a 15/2 chance of Sunday's All-Ireland SHC final finishing level according to bookmakers.

Back-to-back champions Limerick are the 1/2 favourites with Kilkenny available at 9/2.

The last draw in an All-Ireland SHC final was 2014 when Kilkenny played Tipperary.

Remarkably that was the third successive year for the final to finish level, following Clare v Cork in 2013 and Kilkenny v Galway in 2012.

Cork's Colm Lyons is the referee for the decider, in what will be his first SHC Final.

In this year’s Hurling Championship, the Cork man refereed Limerick and Clare in their Munster SHC clash in Ennis, Galway v Kilkenny in the Leinster SHC in Salthill, and the All-Ireland quarter final between Wexford and Clare.

Galway’s Liam Gordon will be the standby referee. The other linesman is Paud O’Dwyer (Carlow) and the sideline official will be Michael Kennedy (Tipperary).

Ahead of next Sunday’s hurling final, GAA officials have confirmed a full review of the Hawk-Eye technology will take place in Croke Park.

The score detection technology malfunctioned in Saturday’s senior football semi final between Galway and Derry and wasn’t in use for the Kerry and Dublin semi final on Sunday.

No confirmation has yet been made available as to the review.