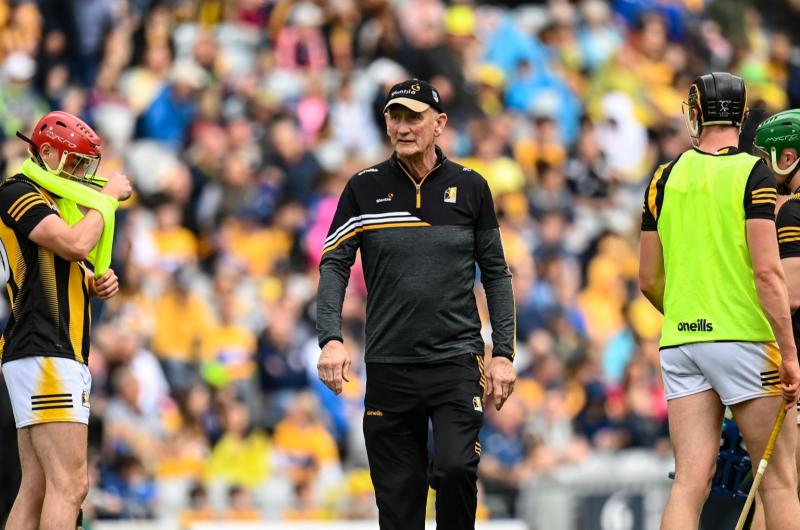 Going into last Saturday’s All-Ireland Senior Hurling Championship semi-final most of the talk was about Clare and rightly so on what they had achieved in 2022.

Still Kilkenny were very much under pressure themselves after losing out to Waterford and Cork in the previous two years at the last four stage.

A third defeat on the trot to Munster opposition at the semi-final stage would have stung but as it turned out there was no such worries as Kilkenny brilliantly booked their place in the decider.

Kilkenny manager Brian Cody admitted it was still very much in their minds ahead of the game.

“I’d say that would be in any real genuine sportspeople's minds at all times. You remember like we were here last year we didn't win it, we were here the year before.

“Everybody wants to get to the All-Ireland final and of course I would say in everybody's mind and everybody's heart, they would be saying, 'Look it lads, we can't afford this to happen again'. Because it's a tough feeling when you do lose it.

“You go out to try and win every game. We were at the same stage last year and the year before as well. We went out and performed and performed well and we just didn't make the final. Obviously, that drives on players even further.

“Look, it’s absolutely, the players deserve all the credit for this. You can talk about managers and management teams and all sorts of people but when the game starts, the players bare their souls and they have to perform. That’s the way in every sport.”

While refusing to be drawn on where it stood in their all time performances, the Kilkenny boss was certainly very pleased with how his team performed.

“We were in a very good position at half time, the first-half performance was very, very good," Cody said afterwards.

"The second half performance probably dipped a bit and that tends to happen in games like that. I wouldn't have an ounce of criticism for the team, I thought their application and their honesty and their intent was there.”

“We’re back in the final and that was the big prize for today.”

“We were here the last two years and we just didn’t get there so we’re in the All-Ireland final now again and that’s obviously where every team wants to be.”

The four-week break was seen as a negative in some quarters but it never seems to faze Kilkenny and Cody acknowledged that it was badly needed for the squad after previously playing six games in eight weeks.

"At the end of the day the break was the first opportunity we had for any run at training, we’d be playing mostly week after week or maybe just a break of one week, which again doesn’t give us much time.

“It gave us decent time, I know a lot of people say you’re better off having the extra game but I think we needed it, the bit of time to train.

“Training was very, very good obviously, nothing magical about the training – we just worked and worked and I got to see the whole panel fighting for their places.”

After scoring ten points in total, TJ Reid was named the official man of the match and he also outlined the benefit of the break in reaching the final.

“We had four weeks of great training and we were waiting in the long grass.

“Our performance was excellent from start to finish and we dominated the game in a lot of areas.”