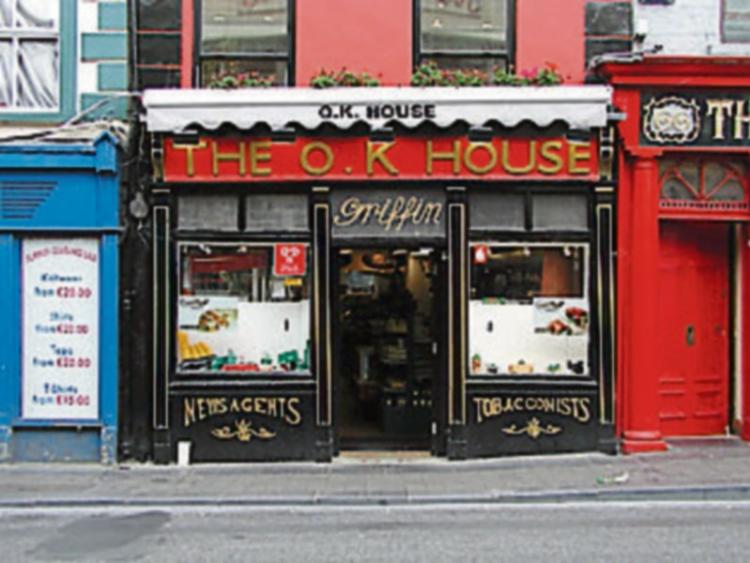 The city centre, long famed for its iconic shop fronts and handcrafted facades is beginning to lose its lustre.

More and more “temporary” gaudy, plastic signs are appearing and while the people who erect them are entitled to do so under the temporary signage regulations and through exemptions, it doesn't look well and many of the ordinary people of the city are unhappy with the way things are going.

What is more disheartening is that many of the original shop fronts have been covered over and replaced by tacky plastic signs and in some cases it must be said by traditional timber hoarding that doesn't look too bad but still aren't as classy looking as the originals.

What really did it for me was the new sign at Carrigan's on High Street. It is hard to beleive the people who rented the shop placed that sign next to City Hall, one of our most historic and beautiful landmarks. It beggars belief.

When I first came to Kilkenny almost 28 years ago, tourists, (not large numbers), would stop to have their photo taken outside the OK House on High Street.

Today young people don't even know where it is or its significance to generations of Kilkenny people.

The NCBI, an excellent organisation have their charity shop there and the old signage has been hidden by a plastic sign, again within the rules.

Cllr Malcolm Noonan has taken up the issue. He said that in the case of the OK House a simple solution exists.

“They can display their branding in the windows and there are two panels below the base of the windows where the tobacconist painted signs were where they could engage a sign writer to paint old style signs. “Even the big corporates have to adhere to strict signage policies in other historic towns, I cannot understand this when we are on the cusp of launching the medieval mile to a wider audience,” he said.

The other issue is the many, many city businesses who have absolutely authentic and suitable shop front facades, many of them family businesses.

They have a great pride in their businesses and have spent a lot of money and time making sure their shop fronts are in keeping with the surroundings.

Its not all bad news. The former post office on John Street run by McGraths is now ladies fashion house and the owners have married the old with the new and have done so really tastefully.

And there's The Ground floor on high Street where the amazing design of architect, Imelda Norris is fantastic right down to the door handles.

Right next door, tacky signage on the limestone surrounds takes away from the old world shop font of the Ground Floor.

Cllr Malcolm Noonan has called for a full review of the city development plan with more stringent planning and guidance for the main streets of the city.

He also feels that renewal and regeneration of the city and other towns and villages should be administered through the Heritage council.

He feels this would ensure built heritage (like shop fronts) would be restored using local skills.

Cllr Malcolm Noonan with the unanimous support of all the other city councillors, is to set up an Architectural Conservation Committee (ACC) to oversee the protection and enhancement of Kilkenny's historic streetscape and to work with premises owners and tenants to see that old signs, relief lettering, sash windows and historic shopfronts are protected and to establish a grant scheme for their protection.

“There has been public concern about the loss of many of these features, the use of temporary and plastic signage and other inappropriate interventions.

“It is my hope that the committee will have a strong advocacy and advisory role for the Municipal District in ensuring that this trend is reversed,” he said.

study of the Renaissance town houses of Kilkenny. 'We will attempt to

work with premises owners to incentivise the opening of these

buildings, to show to the public features that are hidden behind more

on the street' he said.