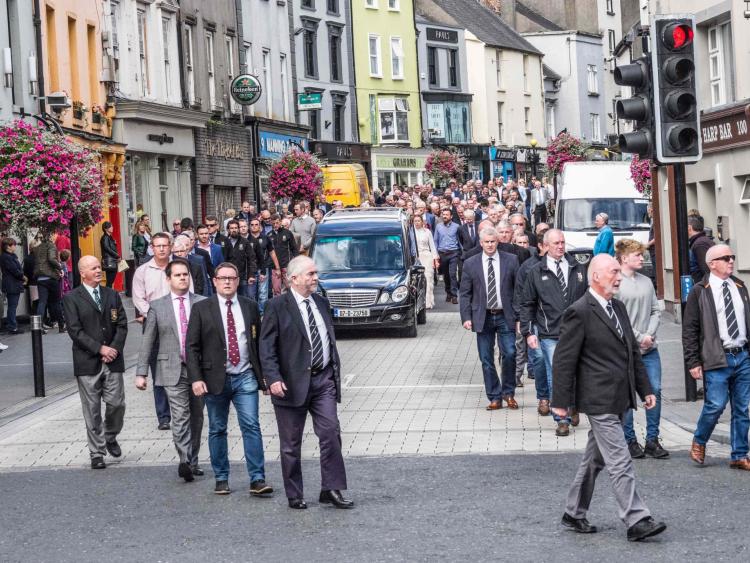 Often likened to a warrior on the field, and described by many players of his generation as the hardest ever to play rugby, many of his admirers will be surprised to hear that the late Willie Duggan cried watching films like 'Braveheart and 'Michael Collins.'

Willie's daughter Helena, an award winning children's author, disclosed to a packed St Mary's Cathedral in Kilkenny city how her father liked a good sob during a 'big-hearted' film.

She followed up by saying that her dad had a huge heart and loved fiercely from the 'deep depth of his soul.'

She started her wonderful, colourful eulogy at the end of Mass as if she was writing a letter to her father, promising not to get soppy while speaking about him at his funeral Mass. It was surreal and wonderful.

She said that as a child, people would describe her father to her as a legend. "We never knew that and you never told us. You were our everything, you were beyond legend to us," she told mourners.
She felt sure, that if he was present, her father would have greeted the crowd by saying; "you're only a shower of f....rs."
She disclosed that her father had a huge heart and loved fiercely from the 'deep depth of his soul.'
She, her sister Monica and brother Willie jnr had no idea their father was famous but as young children did notice that he had loads of friends on the street but 'couldn't seem remember any of their names.'
She recalled coming home after nights out in Kilkenny and having it drilled into her by her father how amazing she and her siblings were. "And how we could achieve anything."
She remembered how her father loved jokes and stories especially ones with words like shi. and pi.. in them. "He loved the shock value."

And reflecting on the love her parents had for each other, she confided that after first meeting her mother, Ellen and being smitten by her, how he rang every bank branch in the country looking for her and later went off and bought a diamond engagement ring in south Africa without consulting her.

She spoke about how much her father loved her own child with every fibre of his being.

After the Mass, the city came to a standstill as Willie's cortege made it's way down James's Street, High Street, John Street and finally on to the Hebron Road to St Kieran's Cemetery.

Kilkenny Rugby Club with the likes of former Leinster players, Ronan Kearney and Mick O'Neill in the line-up formed a guard of honour after the Mass.