Former hurler, Newstalk'sTommy Walsh was among those to take a prize 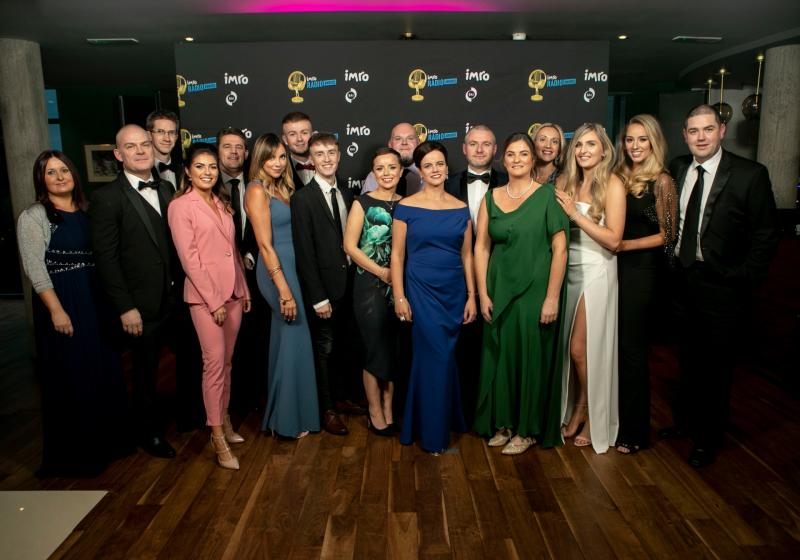 Close to 600 of the country’s radio industy workers landed in Kilkenny on Friday for the annual IMRO awards.

Lyrath Estate Hotel again hosted the occasion which saw prizes given out in forty categories while four stalwarts were inducted into the Hall of Fame: Pat Kenny, Ian Wilson, Mags Nelson and Willie O’Reilly while Outstanding Achievement was presented to RTE 2fm and the RTE Concert Orchestra.

Comedian Barry Murphy began his Master of Ceremonies stint as his alter ego Gunther, switching back to his regular persona as he outlined each section’s shortlistees followed by bronze, silver andgold recipients to well-known presenters, producers, journalists and more from local, regional and national stations.

There was some local success on the night. Former Kilkenny county hurler Tommy Walsh was named Best Newcomer for work he does with Newstalk’s sports crew.

Kilkenny man Michael Brett is Programme director with the 98fm team that took seven golds among others from the event.

While regional youth station Beat 102-103 were gold and bronze victors in the Radio DJ section for David Hammond and Darren Rice respectively with a bronze also snapped up for Local Regional News Programme for their News Roundup Referendum Special. 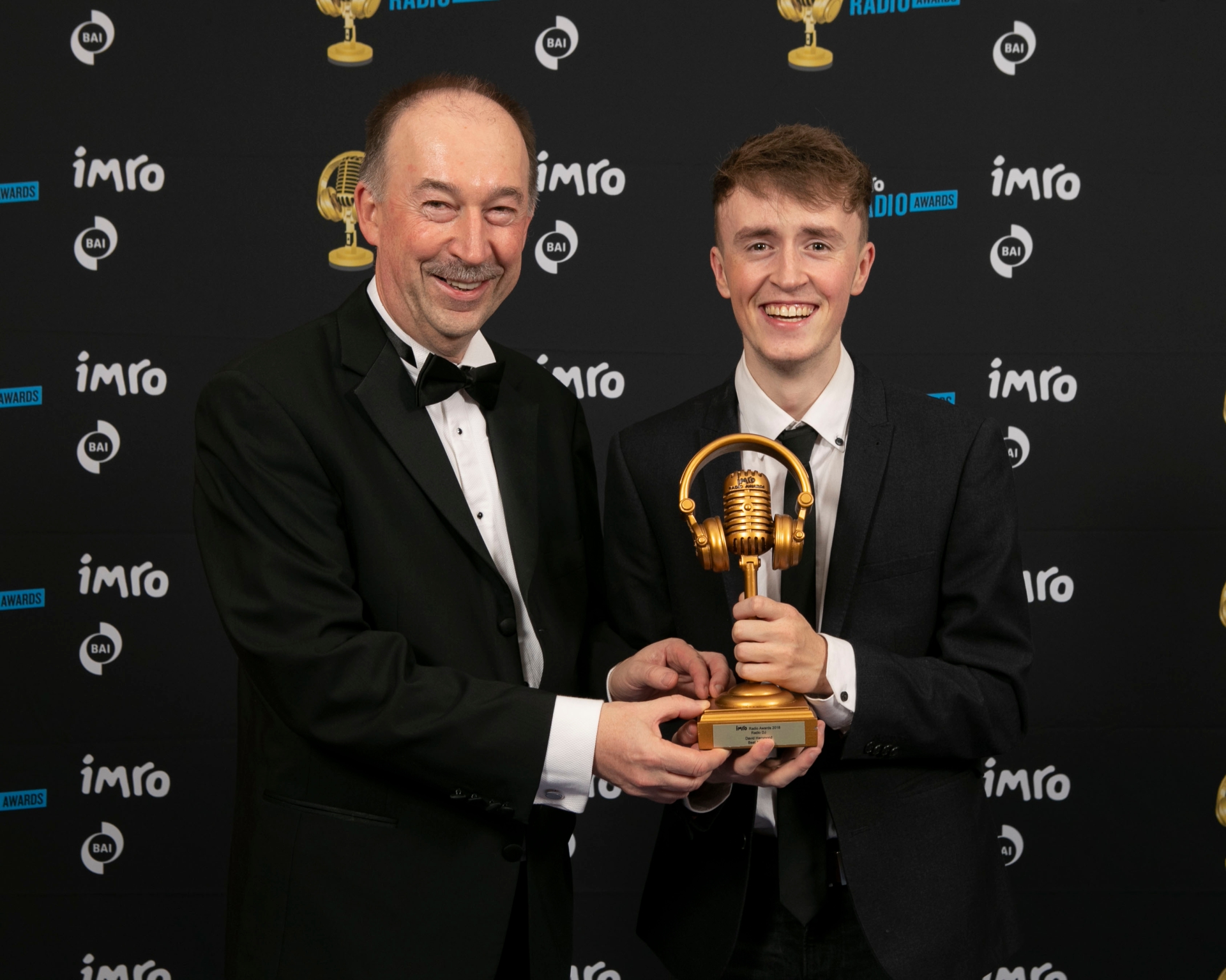 David Hammond, winner of Radio DJ of the Year at the IMRO Awards, picture with Michael O’Keefe from BAI

KCLR had been shortlisted in three categories, making the top five in the categories of Current Affairs Local/Regional, Community/Social Action and Short Feature.

A superb spread and service was supplied by the crew at Lyrath Estate Hotel, while Spring Break provided the soundtrack for the after show as the party continued into the small hours of Saturday morning.

A great night which has left all very much looking forward to next year’s event.