Secrets of Kilkenny medieval site to be revealed

Deserted village of Newtown Jerpoint to be explored 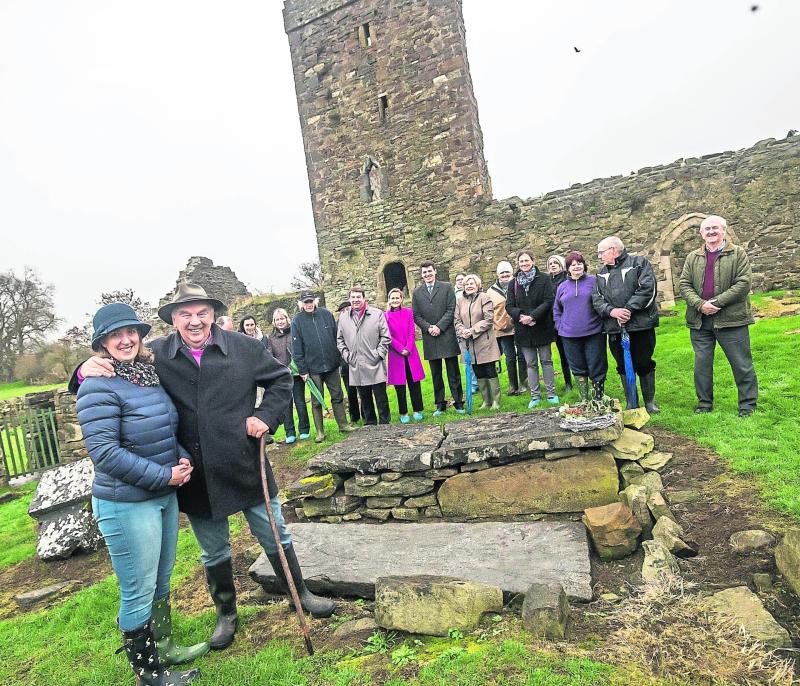 A forgotten medieval town, discovered in Thomastown, is set to have its secrets revealed with the aid of ground breaking new technology.
The site of Newtown Jerpoint, on the farm of Joe and Maeve O’Connell, is also home to the church of St Nicholas - an historic national monument which is home to the relics of the Turkish saint more well known as Santa Claus.
Now the Heritage Council, UCD and Teagasc have combined forces to offer a scholarship which will involve studying the site using the latest equipment and technology.
The survey is building on an initial assessment carried out by the Heritage Council of Ireland. This new scholarship is offered as part of the Walsh Fellowship programme to archaeology students.
Opportunity
“This is a huge opportunity to study and examine the site, and for Kilkenny,” said Ian Doyle of the Heritage Council. “It’s really important. We will have a greater understanding of what life was like from studying this deserted medieval village.”
Mr Doyle, who is Head of Conservation at the Council, said they are delighted to be in the partnership with UCD, Teagasc and the O’Connells, seeing what this new, extensive survey will uncover.
“What the O’Connells have done has been outstanding, and we have had a long interest in this site, helping with securing St Nicholas’ Church in particular. Now we will get to see what lies beneath the surface,” he added.
Scholarship
From March, students can apply and compete for the Walsh Scholarship, hoping to be selected to embark on this geophysical and topographical survey of this site.
Teagasc are also involved in the survey due to the importance of Newtown Jerpoint for agritourism - the O’Connells have developed the site as a leading destination for visitors to Kilkenny - and also in studying the history of farming.

The new survey, which will take up to four years and concludes with a detailed report of the site, will show how people lived and worked at Newtown Jerpoint and how their homes and other buildings looked.
Newtown Jerpoint dates back to 12th Century, and was a Norman stronghold on the River Nore. The 12th Century St Nicholas’ Church proved a major attraction for pilgrims.
The population of Newtown was never truly known, but one stipulation attached to visiting the site of St Nicholas’ relics was that you could only stay in the town for two nights.
By the 17th Century, the town was no more and was abandoned, without any obvious reason, and yet after four centuries it does not take a major leap of the imagination when viewing the sites to envisage where houses, streets and outhouses once stood.
These stone buildings may even suggest that prior to the 12th century, they replaced other, less solid homes and Newtown jerpoint as a settlement may even be older than was originally thought.
The survey is due to start this Autumn.