'I said it to the Ministers, it can’t go on next year' - Ballyhale bus parents 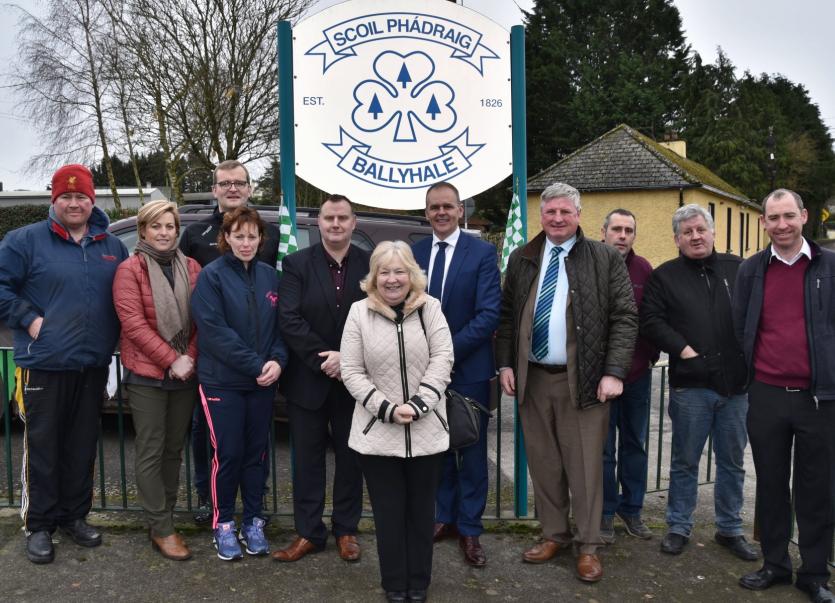 Ballyhale parents have given a guarded welcome to news that plans to change the school transport scheme eligibility are ‘in train’, following the visit last week by Minister for Education and Skills Joe McHugh.

Families affected by a lack of places on the schoolbus gathered at the local national school where they outlined their grievances to the Minister. Among them were community leaders and parents of children who have had to make alternative travel plans after being refused a concessionary ticket on the bus this term.

Speaking to the Kilkenny People, local parent John Drennan, who is one of those affected by the bus place shortage, says the visit was welcome, but the issue needs to be kept on the agenda.

“It’s good that he came, but I’m disappointed it’s going on so long,” he says.

“He’s given a commitment now that something will be done, but I don’t know how soon it will be. This year looks to be gone on us anyway.

“It’s badly done — a lotto system is a poor way to judge which children get on a bus. If you’ve two buses going, and both are oversubscribed — which they are — Bus Eireann should come in and says, ‘there’s a surplus here’, and get the kids nearest the school so that they’re not left out.”

Mr Drennan and other parents continue to drive their children in to school each morning, meeting the bus on the road that passes their houses. With the school year now half gone, thoughts have turned to next September.]

Their concerns remain, however, that there are more students preparing to come into the school in the future than are leaving in sixth class.

“I said it to [Ministers McHugh and Phelan], it can’t go on next year,” says Mr Drennan.“This parish alone is still getting bigger. It will be an ongoing saga. And it’s something Bus Eireann should be rectifying — common sense needs to prevail.”

Minister McHugh was accompanied on his visit by Minister of State John Paul Phelan, who said that plans to change the eligibility criteria for the bus scheme are being considered.

“Under the current scheme, eligibility is considered on the basis of the nearest school. But parents in this area and elsewhere want the scheme to change so that proximity to the traditional school where they are enrolled should instead be considered,” he said.

“Minister McHugh said that a plan for changes to the scheme are already in train. I’ve promised to relay news of changes which may resolve the local issue to the group as soon as they happen.”