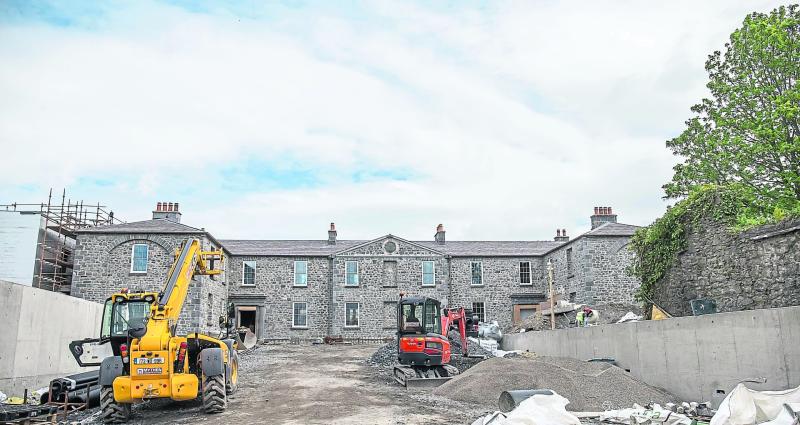 By the first quarter of 2020 this building site, formely known as Evan’s Home, will have become the new Butler Gallery in Kilkenny city

Next year, the world famous Butler Art Gallery will move to Evan’s Home - located between John Street, Michael Street and John’s Quay.
It will provide the city with a new, stunning tourist attraction. Combining the restoration of a historical building with the need to make the city centre core a living, breathing place with connectivity at its heart, it colludes with the existing city streetscape, particularly via the pedestrian bridge at the library, Barrack Lane and the rear of the Carnegie Library to bring more people into what will be the centre-piece of the new cultural quarter of the city.
With an outdoor space for its sculptures, the unpacking of its magnificent permanent collection which has spent over four decades in storage, will bring joy to what was a rather lonesome place which was first part of St John’s Priory which dates back to 1211, then a military barracks and then an alms house.
From the first quarter of 2020 onwards the new Butler Gallery will be a place to relax, view magical works from one of our greatest painters and take advantage, first hand, in art and learning opportunities.
In terms of impact, it will connect John Street to the new gallery though Barrack Lane.
The main entrance of this €6 million investment in Kilkenny’s future will be through the rear of the Carnegie Library complex.
As well as saving this architectural gem from ruin, the move by the Butler Gallery will give a permanent home to the works of a Kilkenny man, Tony O’Malley one of the most important figures of 20th century art.
This is all being done in a respectful manner, retaining the existing features such as the stonework, fireplaces, flagstones, ceiling finishes, windows and doors.
Having acquiesced to my request to take a look at the work in progress, Kilkenny City Senior Engineer, Simon Walton, Project Manager for the development, insisted that photographer, Pat Moore and I, don work hats and wear steel-toed boots before entering the site. 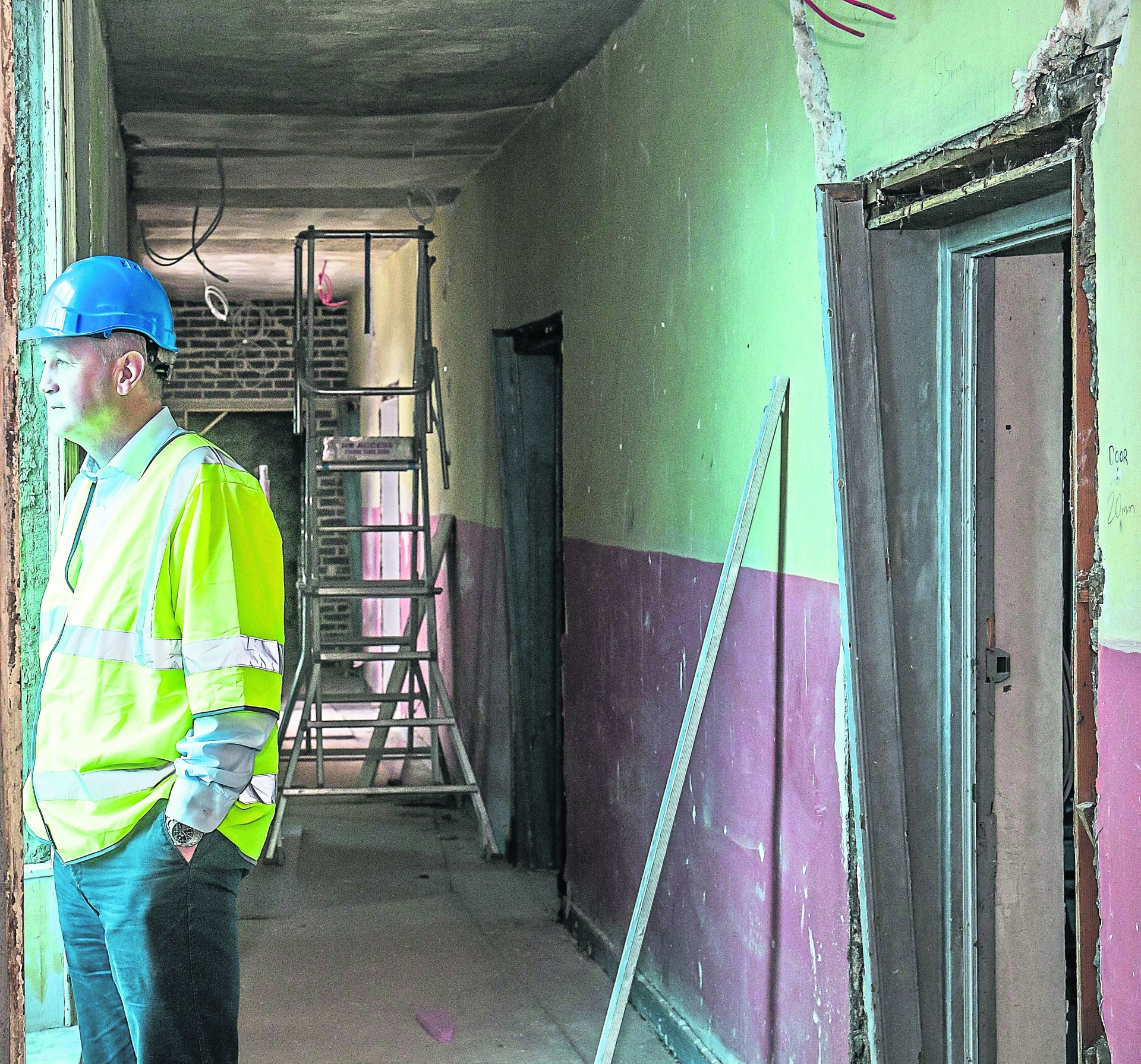 He pointed out what will be the archaeological garden on the left of the old building, facing the River Nore and above it, the sculpture garden which will be populated by pieces that have been kept in storage for many years by the Butler Gallery.
On the left is the new-build, clad in a protective sheath. This will provide universal access to Evan’s home, the permanent exhibition spaces and the rest of the building.
It will have a media room and will bring the complex up to the required construction and accessibility standards.
I think it will be stunning and provide connectivity. It will be a marked contrast to the existing building which was an alms house.
We enter the building on the right side and the first room which was a series of one-room bedrooms for retired Protestant female servants is being turned into a space for temporary exhibitions.
Museum Standard
Of course it is being brought up to museum standard and the beautiful stone walls are covered.
But as you walk left along the corridor from it, the rich stone work shows itself and is wonderful to see.
Around one corner, part of a headstone forms part of the limestone wall built in 1818 and there is an inscription on it. It was obviously part of the graveyard in St John’s Priory, facing John Street, which once covered the entire site.
This building project, this journey is all about connectivity and the kitchen/ restaurant connects with the outside patio area facing towards Michael Street.
The patio will be constructed with flagstones retained from the site.
It will become another open area with seating, children’s garden and walks.
On the other side of the building, on the ground floor next to the new-build, will be the education room with the wet room next door where people will get to paint.
Upstairs is where the O’Malley collection will be on permanent display and again they have used the one room bedrooms to connect in a zig-zag manner by taking out sections of the wall in each room to create the perfect environment for the works of O’Malley to be seen - around each corner will be a new treasure.
Simon Walton reinforced the point that the footprint of the building has been retained and there is an authenticity to the design which compliments the old while bringing it up to the standards expected in 2019.
The complex forms part of what was John’s Priory which was an abbey dating back from the 12th Century which extended to the river.
Discussions are ongoing to see if an accommodation can be reached to allow people from the Priory access to Evan’s home. 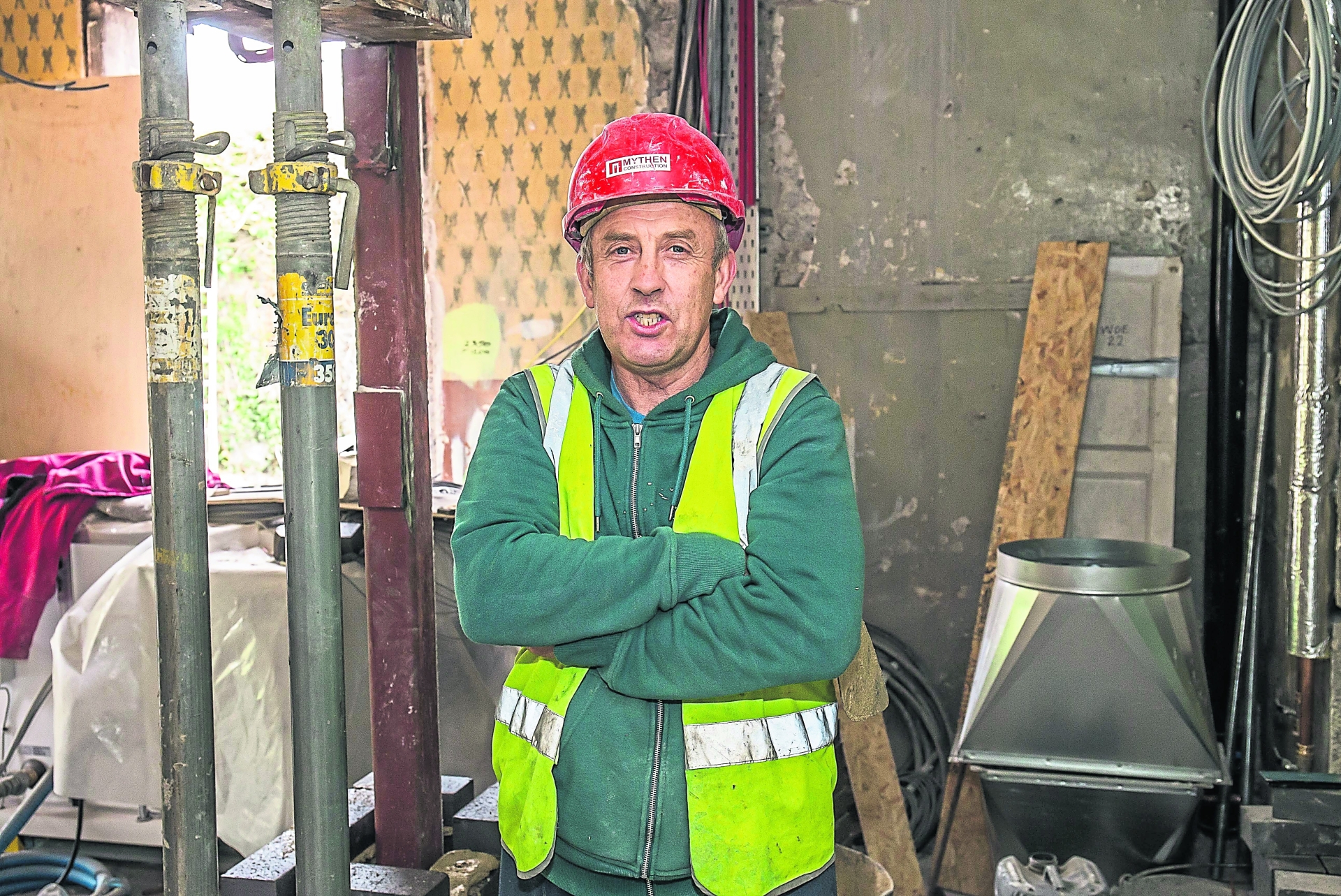 The doorway is there and it would require some cleaning work of the wall to allow access to the house on the corner of Barrack Lane and the lodge house where Sunday school is held.
It would be another way of connecting the place with the broader city and is to be welcomed.