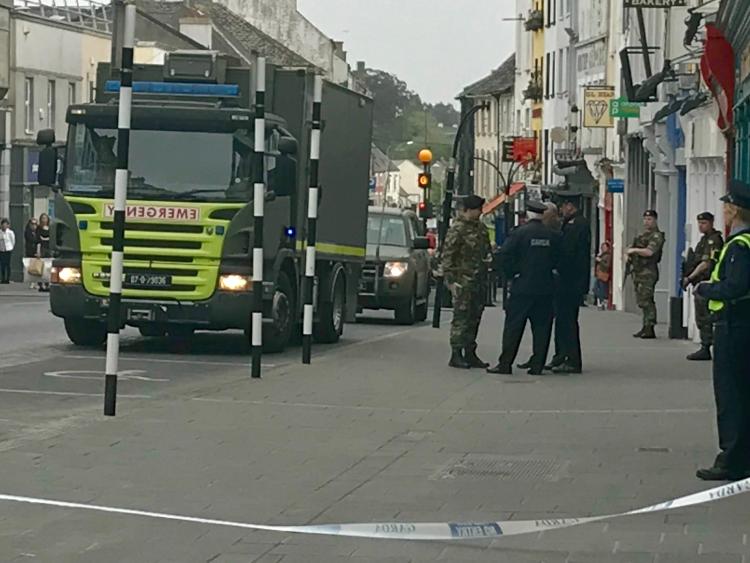 The scene at High Street, Kilkenny

Bomb disposal experts and the army are in Kilkenny City to investigate a suspicious package that was found in the Butterslip earlier today.

Members of the Explosive Ordnance Disposal arrived in the city centre shortly after 9.30am.

The package was found at 6am. A male, in his fifties, remains in custody at Kilkenny Garda Station.

High Street and Kieran Street remain closed until further notice. Gardaí are urging people to stay away from the affected area.